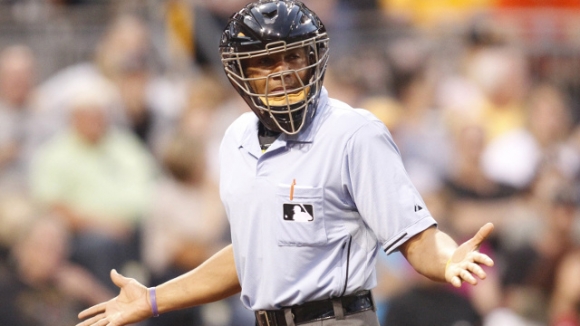 While this gross understatement may seem redundant, it can't be stressed enough.

Sometimes the unquestionably worst umpire in the game decides to helpfully remind us all of this somber fact.

Bucknor was blowing calls left and right this week, and in consecutive games, no less.

Tragically, particularly for the Washington Nationals, he was behind the plate for one of these games:

The Nationals survived that atrocious at-bat, but this next one almost did them in:

What could this dude possibly be looking at?

Somehow, the Nationals held on for a 3-1 win over the Braves, but Jayson Werth was not amused.

As if this wasn't enough, Bucknor was at third base the next day and perpetrated this fraud:

Mercifully, this call was overturned by competent umpires.

Predictably, the Interwebs are having a little fun with Bucknor:

Maybe he could enroll in a trade school of some sort.

It's almost that bad.