Careless Canó Gets a PED-80 Day at the Beach 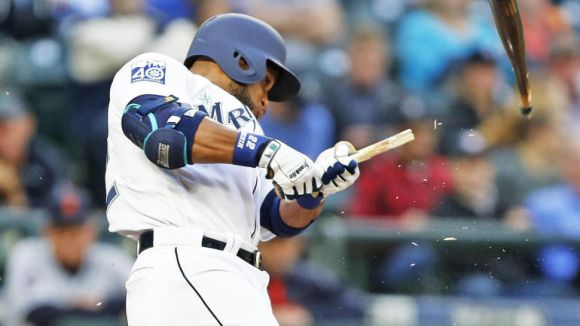 A dude banking $24million a year with five more seasons to go after this -- part of a 10-year deal worth damn near a quarter of a billion smackaroonies -- should have it made in the shade.

And at the quarter-pole, his Seattle Mariners are still in the playoff hunt, only 1½ games outta first in the AL West.

Dude's hurt a lotta people, and a lame-ass excuse stuck in a weak apology comes nowhere near making the damage tolerable.

Ever since Judge Kenesaw Mountain Landis went full armageddon over the Black Sox scandal, there's been a sign the size of Rhode Island in every pro baseball locker room -- right, Pete? -- that says if a player gambles on the game, he'll be banned for life and probably have one testicle removed.

In the post-Juice Era v1.0, every player receives a list of banned substances.

With that sorta detail, only an idiot would not have it handy when the topic of ingestion comes up. In any conversation. Even if it's about Cuban tuna or Dasani water.

Odds are Canó did, because he got popped on a test for masking agents. That assumes something else was in his system, and dropping his appeal basically confirms it.

He thus joins the likes of Rafael Palmiero and Ryan Braun as cheaters who tried to prosper.

Ironically, Canó's replacement at 2B could well be Dee Gordon, who did the PED-80 thing back in 2016.

What's more, Canó's absence in the middle of Seattle's lineup will put more pressure on PED-50 alum Nelson Cruz, who could probably use a bitta HGH TLC right now after sustaining a foot bruise due to an HBP.

The Mariners currently possess the longest streak of MLB emptiness, sitting at 17 years and counting without a playoff appearance. Dudes actually thought they had a shot this season. Maybe they still do.

But whatever was in Canó's shot just lengthened their odds.