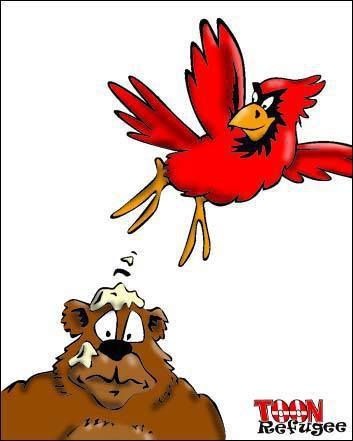 For those on the red side of this traditional Midwestern rivalry, what happened in Chicago's North Side this weekend was delicious on so many fronts.

As a result, Cardinal Nation is ecstatic.

Their crew is back in the playoffs for the first time since 2015, a dry spell that was a virtual sin for the franchise that's won more World Series championships than any other National League club.

Coming into the weekend, St Louis was 0-6 at Wrigley this season. Those three-game series were in April during a stretch of schedule when they were going so poorly, scuffling woulda been an improvement.

Then, after the All-Star break, the Cardinals caught fire.

In fact, at 45-23, they hold the NL's best record from that point onward. Key hitting helped, as only Kolton Wong's been on a tear at the plate. It goes without saying dude's been a Wizard 2.0 in the field.

It all came together in this crucial series, one the Cardinals wanted but the Cubs needed. This time, it was St Louis who kept coming up big:

They. Just. Won’t. Go. Away pic.twitter.com/PqoSx0WnJP

Damn. That's a team on a mission.

One that's now poring over reports from their advance scouts following Atlanta. Looks like they might be useful in a week or so.