Published on 3-May-2015 by Alan Adamsson 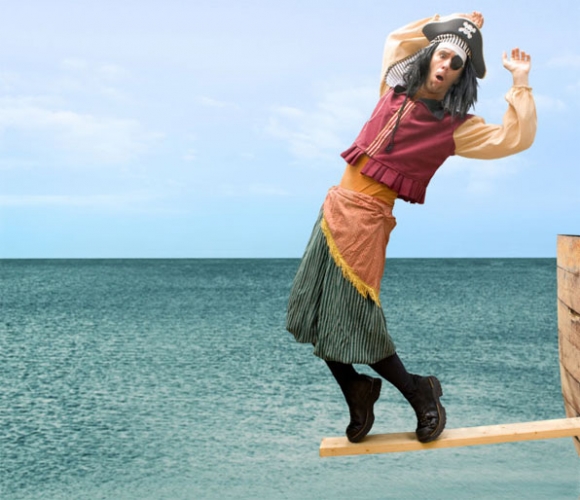 On the bright side, Clint Hurdle's hurlers keep getting Pittsburgh into extra innings.

But the pitching staff can't do it all by themselves.

Ironically, the Pirates are serving notice that they're the most likely challenger to the St Louis Cardinals' dominance in the National League Central Division.

Yes, the Chicago Cubs are making early noise, but until proven otherwise, they're still the Cubs. Cincinnati's in salary-squeeze limbo and has DL issues. The Brews are already on their second skipper of the season.

So all the Buccos have to do is get out of their own way. Picture Captain Jack Sparrow as a metaphor for Pittsburgh's offense:

And who would that be? Someone who can actually drive in a run when the chips are down? Kinda like the Cardinals have been doing the last four games agains them?

Sat 2 May ... Matt Carpenter lofts a sacrifice fly in the 11th to put the pins in another 2-1 squeaker:

Sun 3 May ... Kolton Wong goes deep in the 14th inning to complete the sweep with a 3-2 decision:

In the clip of Saturday's heroics, mention was made of 18 stranded Pirates. For the record, in the series just swept, the Buccos left six in the Friday game and a whopping 13 on Sunday. No need for an abacus; that's 37 ducks on the pond in one weekend!

The last time that number hit Front Street in baseball, Casey Stengel was wearing it.

The Pirates have a decent lineup. Sooner or later, one would think it'd bust loose.

Maybe that'll happen when Andrew McCutchen grows the dreads back. Right now, he's got the Delilah jinx: no hair, no strength. Dude's better than a .193/.291/.307 slash line.