Cardinals Deal for Masterson; Was the Price for Price Too High? 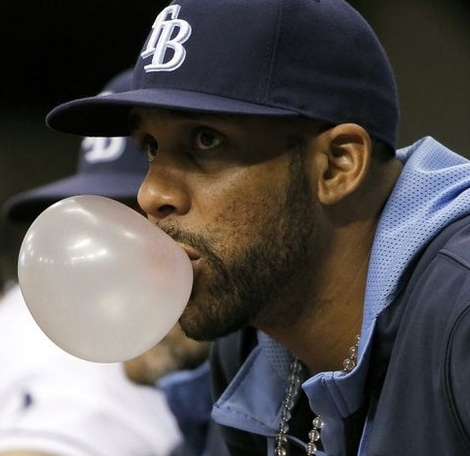 James Ramsey wouldn't exactly be equated to a handful of magic beans.

But Cleveland GM Chris Antonetti might not even have noticed the St Louis Cardinals' 2012 first-round pick's name in his haste to finalize a trade that would finally rid him of last year's ace, Justin Masterson.

However, this transaction is actually the latest intrigue in the saga of David Price.

Price has already said he won't go to Seattle.

Speculation had it that St Louis had been dangling a package of Shelby Miller, Oscar Tavares, and their controversial compensation pick -- a rare exception to MLB's ban on trading draft picks -- and while GM John Mozeliak denied it, that combination didn't arise out of thin air.

Maybe it leaked that the Rays wanted no less than that level of exchange. If so, the Cardinals got the message and the Masterson deal was their response.

St Louis operates on the same philosophy as Tampa Bay, ie- pop for a core-four, add some home-growns from a fertile farm system who haven't earned free-agent status yet, and surround them with interchangeable parts. They just happen to have a rabid fan base that realizes their role in the team's financial success.

Tampa Bay lives for transactions that yield bundles of prospects. The James Shields-for-Wil Myers trade is a prime example. The Rays are clearly counting on a higher premium for Price, and right now, it looks like they'll either get it from the Dodgers or wonder if they've overplayed their hand. And of course, with Jon Lester still out there, Los Angeles has options.

So the worst the Rays could do is wind up with their ace and hope their hot streak continues. It'd be the biggest playoff gamble of their existence.