Cardinals Díaz Is the Latest Ballplayer to Try Eye-Tech 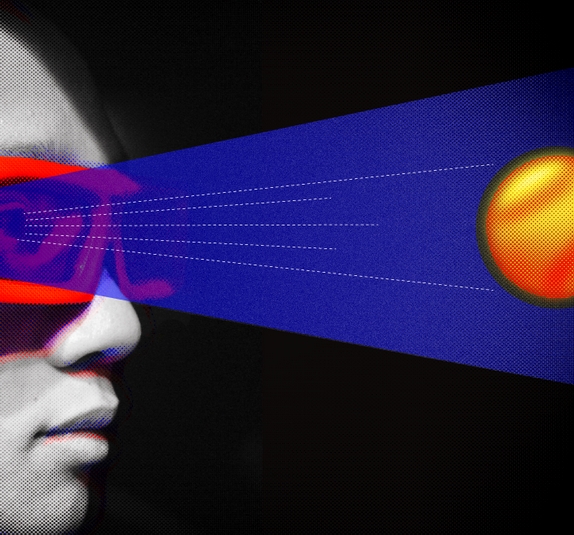 Quite often, when an athlete displays noticeably improved performance, whispered hints of PEDs begin to circulate.

That's limited thinking, and it has been for the past few years.

Drug cheaters are still out there, but in fewer numbers these days. Instead, high-tech is easing into the discussion and has been for years.

Check out this Nike Strobe video from 2012:

Aledmys Díaz is bringing strobe glasses to the public forefront again by trying them to regain the form that put him into last season's NL Rookie of the Year discussion.

As the 2017 season nears July, Díaz hasn't been that dynamic.

What if he can make more consequential adjustments, like tracking grounders as well as seeing pitches better?

Dude's far from the first to go strobe. Here are just two instances:

Where did the geeks get this idea? From thinking fast glances made people look better in the disco years?

If nothing else, maybe it helped them get through the disco years with their senses intact.

Here's a more clinical description of a strobe's effect in athletic situations:

Players who used strobes seemed to like them, but believe it or not, there wasn't enough of a high-end market to make Nike stay with the program. So a few of their developers broke away to keep the tech alive.

That's how Senaptic came to be, and its strobes are priced for individual use. Its believers aren't quite as slick as Nike. However, the salient points are made:

Here's an example at the high school level. After tracking segments of a pitch's travel via strobe, the kid seems to be more efficient when he's able to track the bulk of what's seeable when the ball's on the way:

What's likely most attractive to baseball players like Díaz is the strobe's focus on flight-path interpolation could have a beneficial effect on adjusting to that point when a delivery goes dark.

That refers to the final few feet of a pitch that a hitter physically cannot see.

The big question is whether or not there's a discernable difference in a player's overall results.

That's in the hands of the sabremetrics gnomes because of all the factors involved, but using Harper and Mauer examples, the jury might be just as out as it is with PEDs.

But at least no one's gonna get suspended.