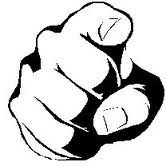 Accompanying my two hoops plays in one game tonight, I've got a game in the National League that looks quite promising.
Cincinnati continues its weekend set in Washington, hoping to change their road fortunes.  The Reds are struggling away from the cozy dimensions of the Great American Ballpark this season; actually, at 1-6, 'struggling' may be too kind of a description.  Much of their problems lie with their sputtering offense, which has scored only four runs in their last three games.
Worse for the Reds, their offensive problems have been a season long-issue on the road.  The latest incarnation of the Big Red Machine  is more like the Big Red Plague away from home; they're 10th in the National League in batting with a .221 team average.  They've also only stroked six home runs on the road.
It doesn't seem to get any easier tonight, with Washington's Jordan Zimmerman (3-1; 2.67) on the mound. Bovada likes him to the tune of -132.
Zimmerman has held Reds slugger Jay Bruce to a single hit in 11 career tries, and last year, Zimmerman was 1-0 with a 1.29 ERA in two starts against the Reds. Making matters worse for Cincinnati is the fact that Brandon Phillips and Bruce are 1-for-their-last-20 with five strikeouts, and even Shin-Soo Choo went hitless Thursday night.
Homer Bailey (1-1; 3.24 ERA) has done a nice job for the Reds, and he gets the call for Cincy tonight. Still, I don't think the Reds bats will give him the help he needs.  I like Washington here.
My pick: Washington Nationals (-132)
UPDATE:
Result ... Washington 1 Cincinnati 0     Nationals cover
DAILY UPDATE