Can Cal Ripken Jr Save the Nats? 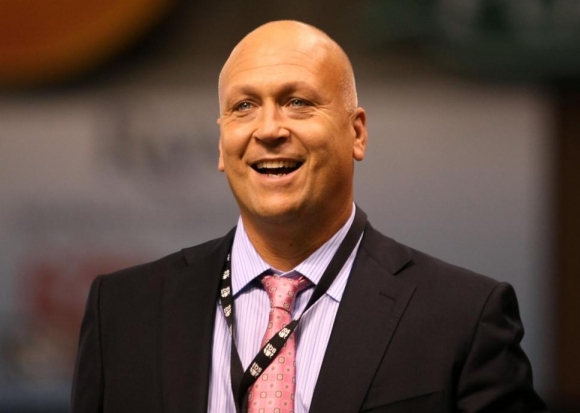 The Washington Nationals were far and away the MLB's biggest disappointment this season.

Baseball pundits across the continent pegged the Nats to be World Series favorites.

And at the time, who could blame them?

That's the thing about spring training. Everything looks good if that's what you're trying to find.

Washington seemed to be loaded:

How could this team possibly fail?

The answers appeared as the season wore on:

There's also the fact that the Mets simply outplayed the Nats in the last two months of the season.

Now that Williams has been canned, the question in DC is, who can save this team?

A number of re-tread skippers like Bud Black and Dusty Baker have had their names attached to the job. However, one new face has emerged as a possible candidate for this herculean task.

And that man is Iron Man, aka Cal Ripken Jr:

During an interview, Ripken expressed his interest in the job, saying that he would “answer the phone” if Rizzo called him.

The Nats have said they'd prefer a manager with experience, but that fact doesn’t deter the Hall of Famer. Dude cited his numerous years spent within the game as his biggest asset, as well as the fact that he is yet to be given the chance to manage.

The Iron Man may just have what it takes to turn the Nats around. Whereas Johnson and Williams represented the extremes of being either too player friendly or too strict, Ripken may be able to find the perfect balance between the two.

There's no denying that experience is a key for any job, especially in regards to a manager, but sometimes you need to be willing to take a risk. And Ripken may just be the man to turn this disappointment of a team into a World Series contender.

Look at what the Twins did this season with Paul Molitor at the helm. He had zero experience in the job but proved time and again he had a handle on it.

Plus, Cal has made it known that he would consider wearing a suit as a manager.

For that reason alone, I say the Nats should give Cal the old college try. Even if it isn't college.