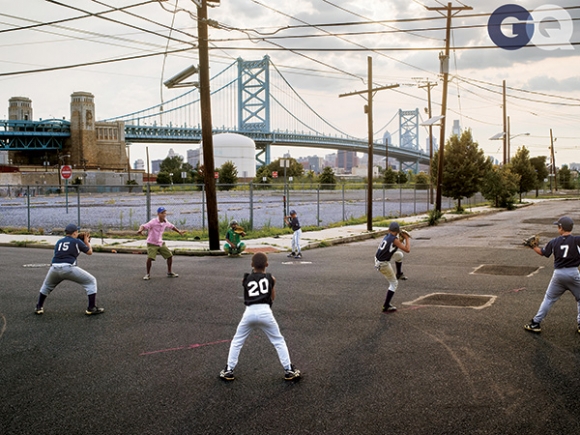 Major League Baseball can put a brave face on it, but the fact remains that the number of African-Americans among its playing ranks is still declining.

It's not a question of splitting hairs. The loss is real.

MLB is doing what it can, implementing the RBI program in Inner Cities wherever it can find local traction. And it's making headway, so full marks to  it. The issue, though, is in spreading its available resouces as best it can. Given the plight of many inner cities, there will never be enough.

Usually, Camden, New Jersey is a case in point.

But Camden is lucky to have a dude who wants to make a difference.

Bryan Morton is an ex-con who's not looking for a second chance. His goal is in getting local kids to not need one. In doing so, Morton reclaimed a park from the addicts and returned it to the kids via Little League baseball:

The program, like RBI, isn't about finding a future MLB star. It's about returning normalcy to kids' lives.

Which means having a future.