Cain Not Able: Stalwart Giants Starter on the Mat

Can a baseball player ever be considered overpaid?

Most, except maybe John Kruk, worked tirelessly to get to the Major Leagues.

They've committed their very lives to running around the country, enduring jet lag half the time to appear before sometimes-hostile crowds to entertain the jaundiced masses with their daring do.

It's not easy to find good baseball help these days and when a team finds a great pitcher like Matt Cain, the traditional wisdom is to throw money at them. Traditional wisdom can on occasion begin to resemble lemmings teaming over a financial cliff. Now the Giants are locked in to Cain's $20million annual salary for some time to come. Such an outlay heavily impacts San Francisco's roster. What replacement and enhancement players they can afford to add to a now injury-riddled lineup? 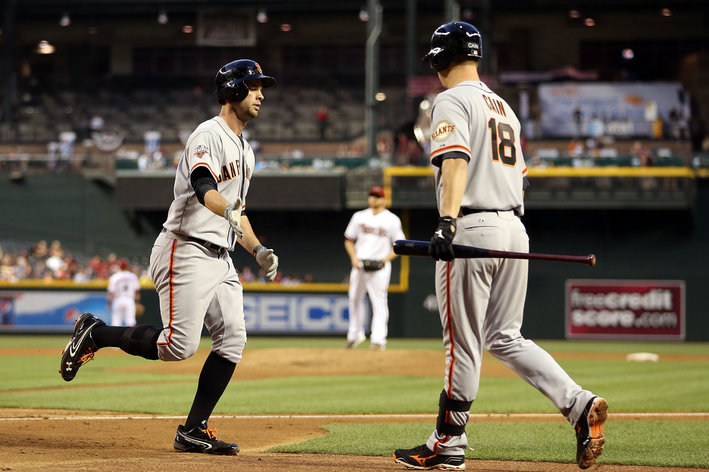 With marquee players Angel Pagan, Brandon Belt and now Cain on the DL -- and Marco Scutaro a mere shell of his former playing self -- Giants fans may be beginning to feel that their playoff ship has sprung a leak.