Buchholz Shines in Return from DL 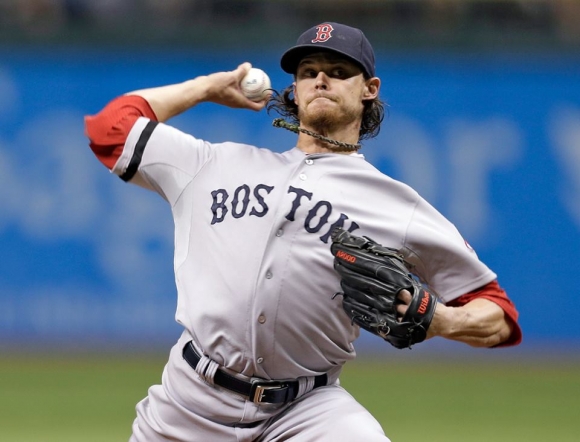 You know what’s even better for the Red Sox than shoving their closest rival in the standings down a game?

The fact that their best starter, Clay Buchholz, picked up right where he left off in his return from the disabled list.

Buchholz made a bid for the Cy Young award with his 9-0 record alongside a stupid-good 1.71 ERA. Then he fell asleep on the couch and was out for nearly the whole season. Seriously. No matter, though, the stringbean is back for the BoSox and proved he can be a valuable asset to them down the stretch.

Buchholz was sterling in his 'second' debut, throwing 74 pitches over five innings while striking out six and walking one. Buchholz let up three hits and shut down the Rays offense, just like he did many months before. His fastball command was solid, as was the control of his devastating secondary pitches. When asked if he was surprised by the performance, manager John Farrell could barely muster much of an answer.

"Honestly, yes," was all that needed to be said.

What happens from here on out is a mystery: the Sox currently have six pitchers in the rotation, all of them viable options to pitch in the playoffs. The toughest decision will be making choices among Buchholz, Jon Lester, John Lackey, and Jake Peavy who have all excelled this season for the Sox.

If Boston is going to have a major problem in the playoffs, I’d say too much pitching is the best one to have. The BoSox looked like a championship team on Tuesday night versus the Rays, and with just three weeks left in the season, they’ll have to keep that hot momentum going if they hope to do well in October.