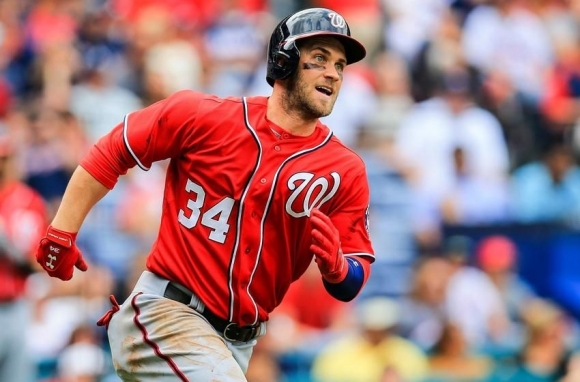 Washington Nationals' outfielder Bryce Harper pretty much rained homers on the crowds over the past week or so, earning himself the NL Player of the Week.

Dude went yard a total of six times -- three of which were in one game -- batted .455, slugged a whopping 1.318, and helped the Nats win five of their six games.

Hot patches like that make the simmering contract squabble between Harper and the club seem like a distant memory.

After a slow start to a season in which Washington was again favored to win the NL East, Harper & Co have climbed back to within 1½ games of the surprising -- and falling back to Earth -- New York Mets.

And the centerpiece of it all was Harper's three-dinger extravaganza:

Word has it Harper uses a Marucci CU26B model bat, but I think we all know the truth..

Aside from his incredible week, Harper has shown great big-picture improvement this season. His .298 average is 24 points higher than his career mark, and he's already halfway to his career-high home run count. Looks like Washington can expect some big things from this guy!