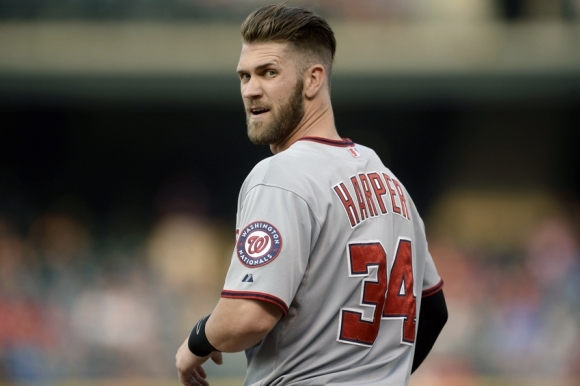 We live in an uncertain world.

As such, it's nice to have a little consistency every once in a while.

Like the sun rising in the East or an early morning tweet from the White House, this is something we can count on.

Here's this year's installment, which came at the expense of the Marlins.

That ball was well-struck.

We must consider the fact that Harper is only 24 years of age, meaning this is only his fifth Opening Day.

There was one opener where dude didn't homer, but he did hit two in 2013, also against Miami somehow.

Of course, it won't be by the Nationals.