Bryce Harper Gets Really Real With The Kids 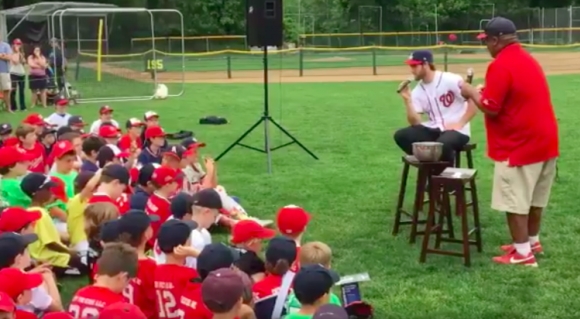 Of course, most professional athletes could be described as such, but Harper does seem to be fairly intense.

Recently, the Nationals stud spoke with some Little Leaguers in the DC area before a game against the San Diego Padres.

This sentiment was clearly shared by many in attendance, parents included, although we don't really know who this imaginary Johnny was that Harper was addressing.

Many have argued that each generation of children becomes more and more enabled by being told that simply trying your best is enough.

That's why Harper would just assume you keep that participation trophy.

See, Tanner Boyle has no interest in second place.

Actually, the former NL MVP seemed to be channeling his inner Vince Lombardi by stressing the importance of winning.

Or was it Red Sanders?

Regardless of philosophy, Harper can do things like this on a baseball field.

The kids should probably just listen to him.