Brian McCann Shows Us How Not to Apply a Tag 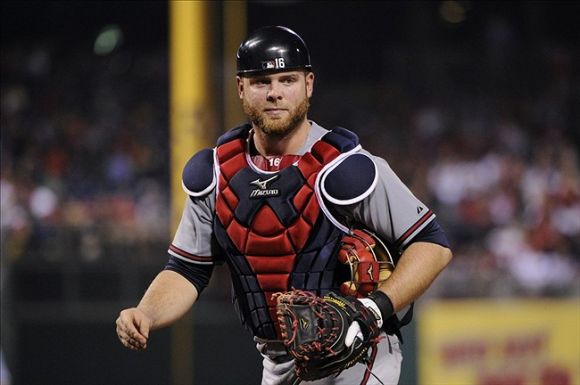 There's nothing quite like watching solid baseball fundamentals at work.

Sadly, Brian McCann can sometimes be uncooperative in this regard.

With thousands of impressionable children in the ballpark and many more viewing at home, the aging Atlanta Braves catcher mysteriously misapplied a tag at home plate against the Phillies, allowing a run to score.

This play defies explanation, so we'll just show it to you:

Hmmm, draw your own conclusions.

We've all known McCann to be a perfectly competent backstop, so we'll absolve him of this particular sin.

But inquiring minds would still love to understand the thought process here.

Perhaps he suffered a series of tiny strokes, because he applied that tag to a figment of his imagination.

Rookie sensation Austin Riley will no doubt be haunted by the whiff, as he's the dude who made the perfect one-hop throw to the plate.

McCann did seem visibly disturbed after the play, so he was at least aware of the goof.

As of press time, we haven't been able to determine the severity of his clubhouse penance.