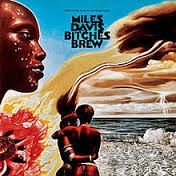 Or something like that is how, to ‘the best of my recollection,’ -- quoting Watergate conspirator John Dean -- that the theme song went for Laverne & Shirley, the Happy Days spin-off. Their days in Milwaukeewere happy, too, just like their ballclub  after getting through hosting a series with San Francisco! Meanwhile, Giants fans say good riddance to those darn Brewers. They conspired to hand our gallant ballclub such a series of ignominious setbacks, and then they went out and did it. Without Laverne, Shirley, Lenny, or Squiggy.

The Shotz (no relation to Marge) were flying and the Milwaukee club -- there is no longer any denying -- made mince meat of the defending champs of baseball.

Defeated by a drunk, the Giants limp home smelling like a skunk. That’s no bunk. The road trip went kerplunk, knocked around by Braun, the hunk. The pitching is in a deep funk as the Brew crew raised Cain 7-2. The Killer P’s did their part, for the most part.

Posey insists that his batting skills aren’t running amuck. To be blunt, in the batter’s box, he kind of stunk. Fans, thus reassured, realize that he isn’t in no slump, he just ain’t hittin’.

At least the Padres beat up on the Dodgers. Hopefully they have used up their wins for the moment. Looking up at the Rockies; what the heck happened?

Only Mad Bum can save us now. He’s no monk but is our only chance to defrock the San Diegans. Mad Bum with a 4-0 record would go a long way towards making things look not so Black Bud.