Brewers' Braun Suspended for the Season 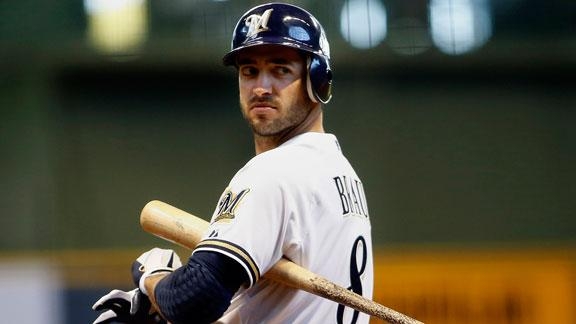 In a move that everyone suspected was coming, Major League Baseball suspended Milwaukee Brewers outfielder Ryan Braun for the rest of the 2013 season for his use of HGH.

The rumors have been flying for weeks that Braun, along with other big-name major leaguers, would be suspended after the All-Star Game, which took place last week.

Braun released a statement about his suspension.

"As I have acknowledged in the past, I am not perfect," Braun said. "I realize now that I have made some mistakes. I am willing to accept the consequences of those actions. This situation has taken a toll on me and my entire family, and it is has been a distraction to my teammates and the Brewers organization.

"I am very grateful for the support I have received from players, ownership and the fans in Milwaukee and around the country. Finally, I wish to apologize to anyone I may have disappointed -- all of the baseball fans, especially those in Milwaukee; the great Brewers organization; and my teammates. I am glad to have this matter behind me once and for all, and I cannot wait to get back to the game I love."

The Brewers are dead last in the National League's Central Division, 18½ games out of first, so, Braun's suspension will just make an already bad team even worse.

The clock is now ticking to see who the next player is on the MLB's hit list; most think it's Alex Rodriguez. That announcement should be made soon.

And no, Bovada isn't offering odds. At least not yet.