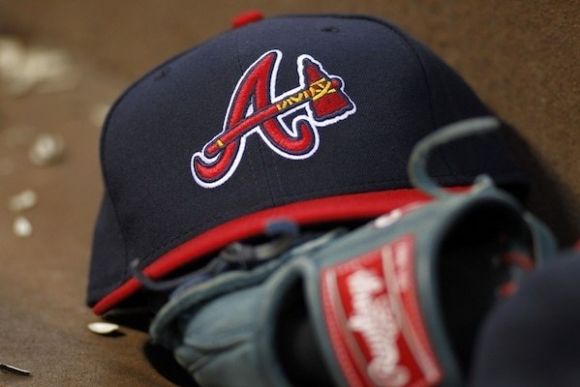 Come to think of it, no one's ever seen CC Sabathia or Fernando Rodney on the cover of GQ magazine.

However, they've popped up here and there in the playoffs.

And that's more than the Atlanta Braves can say in recent times.

Dudes have one of baseball's top prospects in Ronald Acuña, who's poised to be a key reason for them to be playoff-relevant again.

Those 13 games in The Show were a small sample size, but the stats are no joke. Acuña confirmed it in the Arizona Fall League -- where every MLB team sends seven of its best prospects -- and throughout his mercurial rise through the minors.

However, Atlanta still has an issue with him.

This can only mean one thing.

Of course they're sure. Then, there's the business side of this overblown issue.

Perhaps the Braves are deploying the Kris Bryant gambit.

People are keying on this Acuna article for the "keep your hat straight" thing, but more broadly, it's transparent that this is aimed at laying the groundwork for an excuse to keep him in the minors for service time issues to start the season. https://t.co/fRbuN5Y3w5

That makes more sense than a damn cap tilt.

It was never a question that his Hall of Fame bust would feature a backwards cap.

It's also not a question that most millennial sports fans swagged a cap somewhere in their time. That happens to be a demographic that MLB -- and everyone else -- would kill to draw in high numbers.

I swear if I read any more about the #Braves or any other uptight autocrats losing their collective minds over the way Acuna wears his hat I'm going to lose it. HEY BRAVES!: Win games! UPTIGHT OLD PEOPLE: Take some Metamucil and pet your cat.

Look for Acuña to arrive in Atlanta when the Braves have assured a free year of his rights.

And odds are nary a word will be said about the cap.