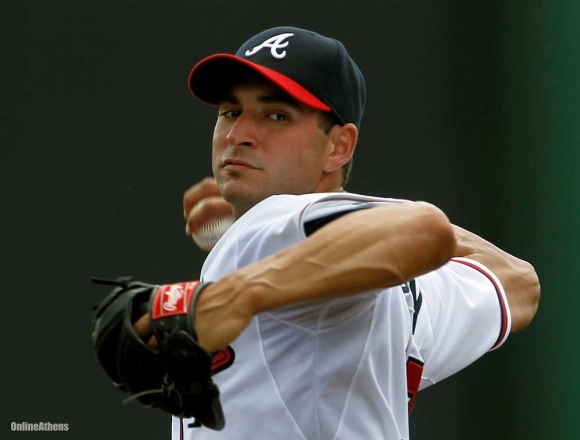 According to the team, pitcher Brandon Beachy will have ulnar collateral ligament replacement surgery -- aka Tommy John -- in his right elbow for the second time. The procedure is set for Friday and he's expected to miss the entire season.

The season hasn't started yet and the Braves are already down two pitchers. Kris Melden needs another Tommy John, too.

Beachy was out most of 2012 with the same injury, but came back later that summer to go 2-1, but his ERA was almost five.

''It was confirmed by both doctors that he needed it, so he chose to have the surgery out there,'' Braves general manager Frank Wren said.

''The way I look at it, this is his career. He's got to feel confident and comfortable with how this is going to play out. If he has a better comfort level with one doctor versus another, that's OK. That's all part of the healing process going forward is that confidence. If that's how he feels, that's OK.''

At least the Braves allowed Beachy to get a second opinion before consenting to another 14-18 months of rehab.

There's no question pitchers are coming to The Show stronger than ever before. However, there is a question about how they're being coached and trained. A classic example is Stephen Strasburg of the Washington Nationals. Sports kinesiology programs like Driveline identified his mechanics as flawed long before he suffered his first UCL injury. However, after returning to the game, Strasburg's mechanics and preparation have hardly changed. The Nats may try to limit his innings, but that may well be addressing the issue from the wrong perspective.

With Melden and Beachy gone, the Braves are now forced to piece together the balance of a rotation they thought would be one of their strongest assets. Ervin Santana has the opportunity to be part of the solution. Gavin Floyd was signed as insurance for something like this, but he's still on the back end of Tommy John rehab and isn't expected to be available until May.

Manager Fredi González has some weaving and dodging to do just to get through April. He can only dream about May right now.