Brad Ausmus Is No Ned Yost 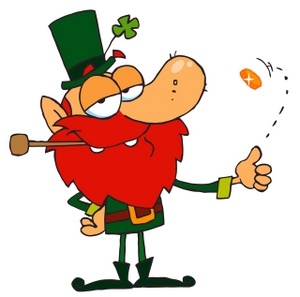 Thank the sporting gods for the Detroit Red Wings.

They've earned two Stanley Cups under the ownership of Mike Ilitch, so when the time comes to be one with the ages, he'll at least have some championships in his legacy.

Because the Tigers aren't holding up their end, and at this rate, they never will.

No potential about it. Long story short, it was. 2-0. Game, set, match. A strong performance by David Price was trumped by Bud Norris, Andrew Miller, and Zach Britton.

Still, the Tigers rarely gave themselves a chance. Take the bottom of the ninth, when both Victor and JD Martínez opened with doubles, cutting the deficit to one run. Bryan Holaday -- in the game because starting catcher Alex Avila got conged by a hard foul tip that left him with concussion-like symptoms -- blundered fundamentaly with his inability to lay down a bunt from Britton's biting sliders and then struck out chasing one.

Here's where the seminal moment in in managerial aptitude separated Showalter from rookie skipper Brad Ausmus. The wisened old Oriole ordered Nick Castellanos walked to set up a double play, even though he represented the potential winning run. Made sense, though, as Detroit was at the bottom of its order and Britton's slider was a grounder-inducing weapon.

Shortstop Andrew Romine was due up. A switch-hitter, he was 18-for-54 against lefties in 2014 and had hit into only one twin-killing all season.

But, like Yost does frequently, Ausmus took the numbers, schnumbers route. He sent September call-up Hernán Párez to the plate instead. That would be the same dude who hit .194 against southpaws in AAA and who had a grand total of three at-bats in September.

The weight of the Tigers' season was upon him.

Talk about rekindling memories of Game 2, when the Tigers took a 6-3 lead into the eighth, when Ausmus replaced Aníbal Sánchez, who'd cruised through two 1-2-3 innings. How does he pull a reliever on a roll? In the playoffs, when a Game 2 win squares the series going home and a loss means it'll be three straight or a sudden off-season?

So much for all catchers and former catchers having a feel for a game's tempo.

Luckily for Ilitch, the Red Wings open their season on Thu 9 Oct.