Published on 1-May-2013 by Steve Soprano 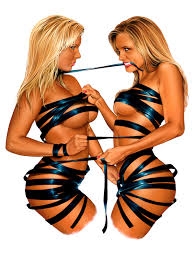 Let's start with the earlier match-up with the Red Sox in Toronto where Clay Buchholz tries to continue his perfect start, putting his 5-0 record on the line. But there's plenty more to like about the Sox Wednesday than just Buchholz's season numbers alone, which also includes his 1.19 ERA. He seems to have found the environment friendly in Canada as the only Red Sox pitcher to win six straight decisions in Toronto.

Even Buchholz's last start, when he didn't factor in the decision, was a success, as you can see by accessing the Bovada data tool on the Home page. That was last September, when Buccholz went seven innings, allowing four hits and two earned runs, as the Red Sox won the game, 3-2.  Buchholz's ERA in his last seven in Toronto is almost as low as his 2013 ERA, which is at 1.27.

Boston is an even stronger play when you consider Buchholz will be opposed by Mark Buehrle, who has not only had recent struggles on the hill overall but specifically against the Red Sox. Buehrle (1-1; 6.35 ERA) surrendered three homers in his last start Thursday in a 5-3 Blue Jay loss to the Yankees. His lifetime record against Boston is 6-8 with an ERA of 6.64. On top of that, Buehrle has been owned by David Ortiz, whose career numbers against him include a .361 average with three homers and eight doubles.

With Boston off to their 18-8 start and Toronto 7 games below .500 but winning last night, there is even more reason to think Boston gets the win tonight, and they have the right guy on the mound to do just that.

Right about the time that game finishes, there's another lopsided pitching match-up in Seattle, as the Orioles face the Mariners. Wei-Yin Chen is starting to raise some eyebrows; he is now leading the Orioles in ERA at 2.53, and that's thanks in large part to his last two starts where he's racked up 14 innings and allowed just a run on five hits. Chen has also strung together four quality starts now, and against the light hitting Mariners, this has the makings to be another. Seattle is 26th in the majors in runs scored and 22nd in team batting average.

Meanwhile, Aaron Harang gets the call for Seattle, and that alone should have Baltimore bettors licking their chops. Harang is winless on the season at 0-3 with an ERA of over 11. Those are hardly the numbers that would make you want to lay anything down on Seatlle. What's shocking to me is the O's are only a favorite (according to Bovada) of -137.  I will be backing the O's tonight as well.