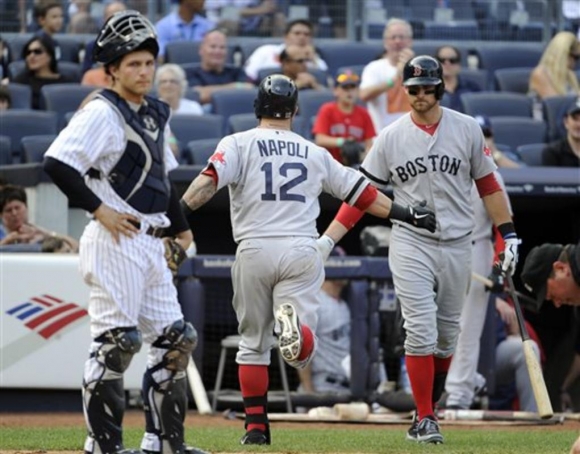 In what may have been the craziest week for the Red Sox this season, Boston went 5-2 and came close to sweeping the Yankees in the Big Apple.

The week started out on a downbeat when Doug Fister pitched a gem on Labor Day, and Detroit beat the Red Sox at Fenway Park, 3-0. John Lackey followed by hurling another good game for Boston but fell to 8-12 on the season. Daniel Nava was the only bright spot for the BoSox, as he had three of their six hits.

The following night was another pitching duel as Jon Lester outlasted 19-game winner Max Scherzer, and Boston bested the Tigers, 2-1. Will Middlebrooks got the game-winning hit, a two-run single in the fifth inning, and Koji Uehara recorded his 17th save.

Boston led only 5-4 in the fifth but scored eight in the sixth inning followed by five in the seventh. The key blow was a grand slam by Middlebrooks in the sixth. David Ortiz added two home runs in the rout.

Boston traveled to New York on Thursday and blew a 7-2 lead to the Yankees, falling behind 8-7 before rallying to win, 9-8, on Shane Vitorino's hit after nicking super-closer Mariano Rivera for the tying tally in the ninth. The following night, it was Boston's turn to come back, overcoming an 8-3 defecit to win, 12-8. Mike Napoli tied the game in the seventh inning with a grand slam and Victorino got the go ahead hit with a home run in the eighth inning.

The Red Sox handed Lackey a 12-3 lead on Saturday and the Yankees cut it to 12-9 before a Napoli home run made the final score 13-9. Napoli had homered earlier, as did Jonny Gomes and Xander Bogaerts, the first of his young career. Lackey pitched his worst game of the season but picked up the win. New York did salvage the final game of the series, after Mariano Rivera blew his second save in four days, 4-3. It gave the Yankees hope for the wild card, but they will not catch Boston for the division title.

The Red Sox, on the other hand, can knock Tampa out of the running. They face the Rays for three games in St Petersburg this week before going home to play the Yankees again. A good week can just about clinch the division and knock their hated rivals out of the playoffs.