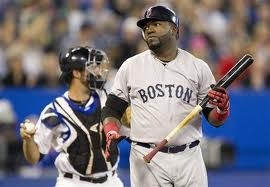 It's getting harder and harder to figure out the Boston Red Sox these days.

After waking up the Yankess -- thanks to Ryan Dempster -- the Sox leave the next morning, fly across country, and defeat the San Francisco Giants the same night, 7-0. Jon Lester pitched like he did in the spring, dominating San Francisco over 8⅓ innings, giving up only six hits. Daniel Nava led the way for the Red Sox, banging out three hits.

The night before, on ESPN, Boston blew a 6-3 lead and lost to the Yankees, 9-6. Dempster, who was suspended yesterday for five games, obviously hit Alex Rodriguez on purpose, waking up the sleeping giant, and getting New York back into playoff contention.

The Yankees took two of three from the Red Sox, defeating them, 10-3, on Friday before Boston got a great pitching performance by Jon Lackey and won 6-1 on Saturday. Boston banged out 14 hits, led by Jacoby Ellsbury -- who had three -- and David Ortiz, who had two, including a manmouth home run to centerfield.

Earlier in the week, the Red Sox lost two of three games to Toronto, and before the win in San Francisco, had lost seven of ten. Shane Victorino got the winning hit in the eleventh inning of Game One as Boston won, 4-2, but the Red Sox lost the next two, 4-3 and 2-1, as they continued to struggle on the road.

Tampa Bay is within a game of first place, the Orioles are staying close, and the Yankees are lurking once again. After San Francisco, Boston must travel to Los Angeles to face the red-hot Dodgers, and with everyone starting to creep up on them, they cannot afford another bad road trip or they will come home as a chaser instead of a pace-setter in the AL East.