BoSox Put on a Hurting in Texas Chainsaw Massacre 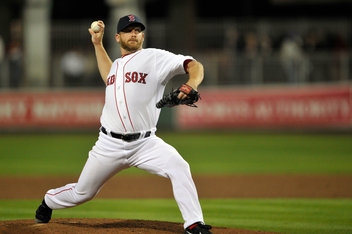 Well the Sox went into a big series versus the Rangers and when they needed a win, did they get one!

Tuesday night’s victory wasn’t just a win; it was like watching Apollo Creed fight Ivan Drago in Rocky IV. The Sox were relentless; after a while, I almost started to wish they could get out on purpose or at least pinch hit Stephen Drew for everyone.

After an embarrassing three-game sweep, the Sox badly needed to regain a little dignity. A six-inning effort by Ryan Dempster would have been nice alongside a 4-3 or 4-2 win, but instead the Sox unloaded on the Rangers to get revenge and then some.

After a while, I started to question whether or not it was fair, but then I remembered that there is no time for that, the Sox needed a win, they needed to set the tone, and if it took 17 runs, then so be it. Bolsterd by homers from Jarrod Saltalamacchia, Stephen Drew, Jackie Bradley Jr, and Mike Carp, the Sox brought their A-game and hopefully saved enough runs for the rest of the series.

For all the doubters out there who questioned a lineup that featured the likes of Daniel Nava, Mike Carp, and José Iglesias, all I have to ask is, where are you now? The Sox unloaded for 17 runs while Dempster tossed seven innings, giving up three runs while striking out six. After burning through the Rangers’ bullpen, the Sox stand a decent chance of continuing their offensive onslaught, and with Lackey and Lester set to take the mound, dare I venture to say that the Sox may leave the series crowned the best team in the American League?

The Sox may fall off the map again, or they may not, but for now it is time to enjoy the ride. This ragtag bunch of misfits and good guys has shown they have what it takes to dominate despite the odds against them. Enjoy it while you can, Sox fans cause the good times keep on coming.