Bosox Plan to Prove Themselves vs Toronto 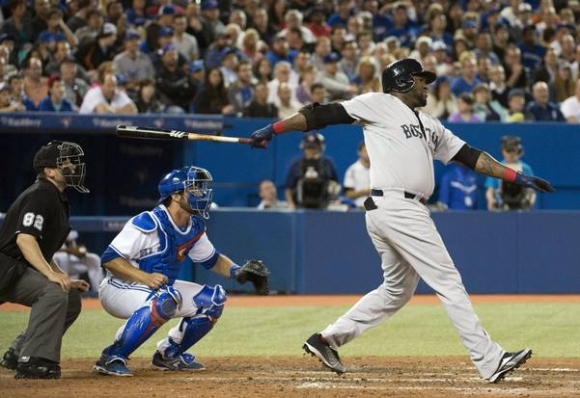 It seems that every series for the Boston Red Sox is one in which they will face the 'ultimate test.'

A few weeks ago it was the Yankees, then the Rangers, and now it is the surging Blue Jays.

After their 5-3 win over the Colorado Rockies when Lackey turned in yet another stellar effort, the Boston Red Sox will host the Toronto Blue Jays as they hope to prove they deserve sole possession of first in the AL East. The Bosox currently hold a healthy three-game lead over the second-place New York Yankees and a 6½-game lead over the Jays. A series sweep or win could bury the Jays but should the tables turn, then the Sox could very well find that their luck has run out.

It seems as if this happens every week, that each series is the 'big one' for the Red Sox, that somehow in winning, they will prove they are the real deal. The Sox roster is not one filled with all-stars or potential Hall of Famers; it hardly raises eyebrows, yet the Sox remain the best team in the American League and have sat happily in first place most of the season, with the only exception being a couple weeks when they fell to second. This next series will be their chance to fully prove themselves, as they hope to show their inconsistencies aren’t going to impact their future success.

Indeed, this Red Sox team is the real deal, and while you cannot say for certain that they will win the World Series -- or even the AL East Pennant -- what you can say is that you never pegged them to be this good, not even once. Dudes like John Lackey, Shane Victorino, and even José Iglesias have stepped up their game and outperformed any expectation to lead the Sox to their best start in years.

After 80 games, Boston has for the most part proven themselves. From this vantage point, they are the real deal and they are here to stay.