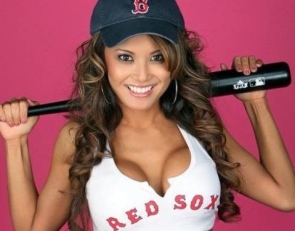 Everything went right for the Boston Red Sox this season, and as good as they were all year, there's no question they were lucky, too.

That made it all the better for this Sox fan living in the New York metropolitan area. But can they remain as lucky over the winter and keep the players they need to make more World Series runs in the immediate future?

As great as David Ortiz was in the World Series, the Red Sox MVP for most of the year and all of the playoffs was closer Koji Uehara. He was scheduled as the setup man this season, but with injuries to Andrew Miller, Andrew Bailey, and Joel Hanrahan, he became the closer and compiled one of the greatest seasons a closer could have.

Yes, it was lucky, but once he got the job, Uehara ran with it and never looked back.

Mike Napoli was supposed to sign for three years, but an injury forced him to ink a one-year deal and play first base instead of catcher. Napoli was one of the reasons that Boston won the ALCS, and one of the catchers who may have not been on the team, David Ross, had one of the biggest hits for the BoSox in the World Series. Now Boston must sign Napoli again, and you can bet it won't be for one year.

Another newcomer, Jonny Gomes, also laced a monster hit for Boston in the Series. He was in that game because Shane Victorino was injured. Victorino, who powered a grand slam in the ALCS Game 6 to put the Red Sox in the World Series, came back just in time -- Game 6 of the Series -- to knock a bases loaded triple in the clinching game.

So the questions will continue. Karma mavens will say if David Ortiz doesn't hit his grand slam against Detroit, Boston goes home early. More practical questions surround Jacoby Ellsbury, Stephen Drew, and Jarrod Saltalamacchia, as they, along with Napoli, are four big free agents the Red Sox would like to retain.

Ellsbury may be too expensive, and Drew may be, too, even though he didn't hit in the playoffs. Saltalamacchia, a fan favorite, may price himself out of Boston, while Napoli says he wants to come back. Of the four, he would be the one who has the best odds to get his ring as a Red Sox next spring.

Baseball never seems to end. It was a great October for the World Series Champion Boston Red Sox. Now, it's time to see if MLB Executive-of-the-Year Ben Cherington can win December and January, too.