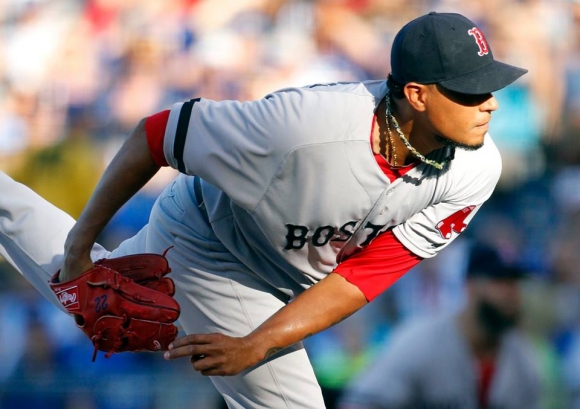 The Boston Red Sox have been short on a few things this season, but lefty starting pitchers is not one of them.

Felix Doubront and Jon Lester are hitting their strides at just the right time as the Sox hope to continue their dominance in the AL East.

For a while, it seemed like Lester was all but done. He was nothing but a has been, and some could make the case he was more of a 'never was.' Lester has turned things around recently, though, as he has fought back hard so far in the second half.

In his last three starts, Lester is 2-1 with a 2.45 ERA along with 24 strikeouts in 33 innings. In his last two starts, he has been even better, going 1-1 with a 1.25 ERA; he has been absolutely nasty of late, especially against the Giants in his recent start. Somewhere towards the end of the first half, Lester lost everything; he saw his ERA climb all the way from the low three's to the mid-four’s. Despite all that, Lester is still a formidable pitcher and has what it takes to compete at the high level we are used to seeing.

Felix Doubront has been just as effective, with his latest eight-inning effort against the Giants being one of his better efforts of the season. Doubront had a string of 15 starts in which he gave up three runs or fewer, and he has pitched six innings or more in eleven of those starts.

It's huge for the Red Sox to have two lefties who can shine in the spotlight. Going into the home stretch of the pennant race, they will need every edge they can get, and two of the best left-handed pitchers in the game right now on their side is a major plus.

Clearly, their task is to fend off the relentless Rays. If this pair of southpaws can continue what they've done to date, Boston has every chance of doing so.