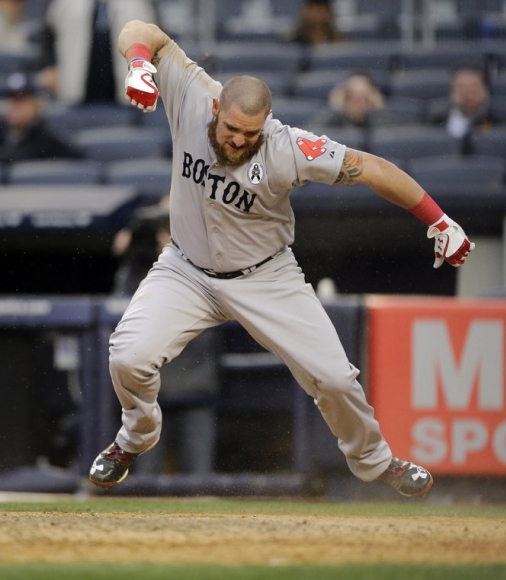 The Boston Red Sox started May where they left off in 2012, going went 4-6 in the first ten games of the month.

Since then, they've gone 11-8 to improve to 33-22  with a healthy two-game lead over the New York Yankees. That could easily change after their series in New York, though, as they hope to either bury or be buried after this weekend.

Going into the 2013 season, the Toronto Blue Jays were the easy favorites. They stacked the team with so much star power that they were all but ready to print World Series tickets before Spring Training even began. Now, the battered Yankees and the 'talentless' Red Sox have taken the AL East by storm. The Sox have won due to manager John Farrell’s 'tight-ship mentality' and their crisp new energy.

The Yankees feature the best defense in the AL East, having given up 203 runs on the season (the Sox have given up 224). The rivalry that has long gone cold is back, as the two teams left for dead at the beginning of the season rank among the hottest in the MLB.

“I think we have a good idea of what we have,” Farrell said. “We also feel guys who are currently here have yet to hit their stride. That would be a boost, a plus offensively. I think we have a deep team. I don’t think our club is built around the home run like some teams, or around a running style. I think we have professional hitters up and down the lineup that can grind out at-bats. But it still points back to consistency in our rotation. I think a lot of people can point to that group. It’s a pivotal group for us.”

If there was ever a perfect matchup in baseball, this is it. The Red Sox fell out of first place after their rough start in May but have risen back up in the standings to take the lead. A series sweep would put them either five games ahead or one game behind. It all starts with the two best lefthanders in the game: Jon Lester and CC Sabathia.

Lester has had a decent bounce-back season thus far, going 6-1 with a 3.34 ERA; Sabathia has been a different story, though, going 4-4 with a 3.96 ERA. The pair are pretty evenly matched as both have shown glimpses of sheer brilliance but are not infallible. This matchup seems to have both pitchers at their worst rather than their best. Lester has gone cold after his hot start, posting a 6.23 ERA over his last two starts. As bad as Lester has been, Sabathia has been worse, posting a 7.43 ERA over his last two starts.

When it comes down to these two teams, pitching -- as usual -- will win the game. Both teams have offense on their side, with the edge to the Sox, who lead the MLB with 274 runs scored. This series is by no means as important as the ones that will come in September when every team claws towards a playoff berth, but every win counts, and if the Sox can walk away from this weekend the victor, then they will have proved they have what it takes and that their recent run of success is no simple fluke of luck.