Published on 7-Jun-2013 by Tyler Scionti 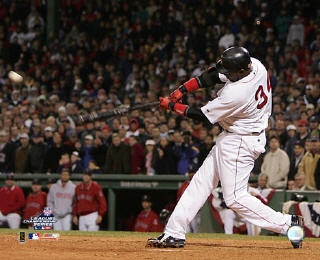 After splitting the first two games of their series with the Texas Rangers, the Red Sox finished it off on a high note.

Ortiz, or Big Papi as he is called by the Fenway faithful, used to be a major force in the Sox offense, always ready with a game-winning hit or late-inning home run to hand the team a win. As of late, Ortiz has been in a bit of a decline, but on Thursday night, he came through in the clutch right when the Sox needed him most.

Jon Lester has been in a funk over his last few starts, stringing three poor outings (and taking two losses) in row before his start versus the Rangers on Thursday night. After giving up three quick runs, it all seemed done for as Lester began to unravel in his typical downward spiral once a call doesn’t go his way. Luckily, he was able to find a groove and last six innings to keep the Rangers in check while the Sox bats fought back to tie the game at 3-3.

In the ninth, Andrew Bailey came in and gave a clutch performance to shut down the Rangers' offense to give the Sox a chance to win the game during their turn at bat. Gomes led off the inning with a double, the Rangers then walked the red hot Dustin Pedroia to get to Ortiz, and boy, did he make them pay. Seeing a chance to prove the doubters wrong, Ortiz cranked a hard line shot over the bullpen in right to win the game, 6-3. For a moment, it felt like 2004 again, Ortiz was the youthful and highly dangerous DH who struck fear into every team. While Father Time is not on his side, Ortiz is setting the clock back a bit to post big numbers in 2013.

While Papi may not be a Triple Crown contender, he has been hotter than ever. He's currently hitting at a .325/.399/.624 clip along with 11 home runs and 42 RBI. While some curly-haired members of the Boston media may think he has cheated his way here, Papi has only used it as motivation to be better and get there on his own. With a tight race thus far this season, the Sox will need Ortiz at his best as he has proven he still has the ability to carry the offense on his back and lead them to victory.

If this series proved one thing, it proved that the Sox do not give up, nor do they give in. After that 17-5 beat down of the Rangers on Tuesday and this walk-off victory, the Sox have shown they have the depth and mental toughness to succeed.

These Sox are different than the ones we saw in 2012. They fight to the last inning and with clutch performances from Ortiz, they stand a chance to be a factor in the long run.