Published on 1-Apr-2013 by Tyler Scionti 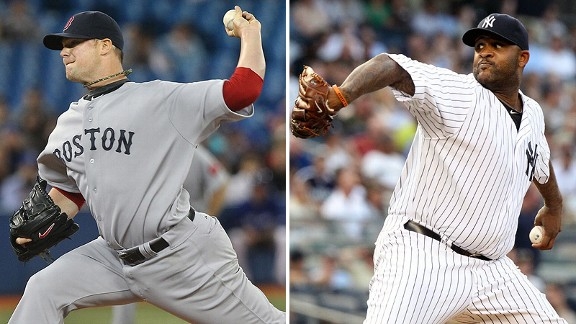 Watching the Yankees march out to the tune of Star Wars music has to be the most ironic thing in all of sports.

Shouldn’t they be walking out to Darth Vader’s theme song? They're still the Evil Empire, after all.

When all is said and done, the Yankees-Sox rivalry just is not what it used to be. Both teams have fallen far from their former graces and just aren't as exciting right now. When ESPN had the option between the Sox-Yankees' 2013 season opener and the Astros-Rangers, they picked the latter. Not because the Astros or Rangers are better, but because that game actually had more buzz. (It also gave the nation a glimpse of what will probably be a rare Houston win.)

Granted, it's a small sample size, but the Yankees' current season looks dire. Gone is the fearsome and steroid-laden bat of Alex Rodriguez; now they have the likes of Ichiro Suzuki and Jayson Nix (whoever he is). The Sox took an early 4-0 lead and never looked back.

So what do I think about the Sox in 2013? I think they are in a good position. They aren't close to the team they used to be, either; there is no Manny Ramirez or David Ortiz to hit the big home run. This time, it will take a couple of hits and good pitching to get the job done. While Boston may not win 100 games, I certainly think they can end the season on a much higher note than they did last year. When Ortiz and Drew come back, they'll provide an offensive boost that should help down the stretch, but for now, these Sox should fare halfway decently for themselves.

Opening Day 2013 in Yankee Stadium may not have been the easiest start for Jon Lester, but at least he proved worthy of being called the ace of the Sox staff. The southpaw was dominant through the first three innings but fell apart and seemed to regress to his 2012 form in the fourth. After that minor blip, though, Lester settled down to finish off his outing with a strong fifth inning.

The bullpen took it from there as the Sox cruised on to an 8-2 win, possibly setting the tone for the rest of the season. Unfortunately for the Yankees, the only thing remotely frightening about them was Joba Chamberlin’s mustache.

And that's about as telling an indication of this year's Bronx Bombers as you're going to find.