Bonds: Cabrera Is Great, but Not As Great As Me 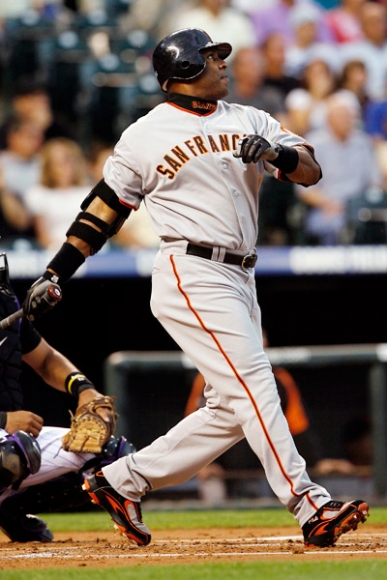 Barry Bonds has never been known as a humble player, especially when it comes to taking about other players.

Bonds has always considered himself one of the best in the game, and nothing has changed. When asked about the Detroit Tigers Miguel Cabera, Bonds said this :

“He’s the best. By far. Without a doubt. The absolute best.”

And then, his train of thought could have used some performance enhancing:

“I don’t try to compare me to anybody … I was the best on the field. I did more things than he did. My game was different than his game. So comparing him, to me, there’s no comparison."

Bonds doesn't compare himself to anybody, but then said when comparing himself to Cabrera, there's no comparison.

No wonder he hasn't landed any analysts jobs. Well, that and the fact no one would believe anything he said.

Well, at least Cabrera has done it honestly, unlike Mr. Bonds.