Published on 4-Oct-2017 by Alan Adamsson 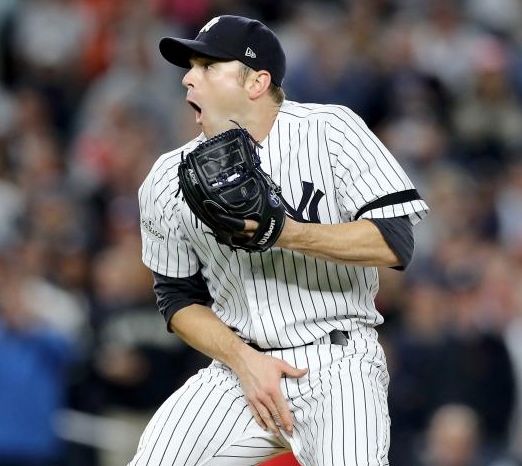 If MLB's wild card format has revealed anything, it's the scenario of what baseball would be like if teams only played one game a week.

The term amplified comes to mind.

That's what defined the opening innings in the New York Yankees vs Minnesota Twins clash to determine who meets the Cleveland Indians in a best-of-five division series.

It marked a distinctive turn for both teams:

Well, one of the new dudes has become rather well known.

He made his presence known in the midst of New York's 8-4 elimination of Minnesota:

It took the Yankees four relievers to take control of the game.

David Robertson, in particular, silenced the Twins' bats and deserved being accorded the win.

He also showed his empathic side, as most fans of the male persuasion would in Gary Sanchez's situation:

If being a catcher teaches dudes one thing, it's that a quality cup is essential equipment.

And if the American League playoffs are anything, it's a clash of the titans. The five teams who made the post-season were the only ones in the circuit who had winning records. Odds are the Yankees are gonna need that bullpen.

Immediately afterward, manager Joe Girardi was unsure of his starter for ALDS Game 1. All he knows is either Sonny Gray or Masahiro Tanaka had better have five or six innings in them.