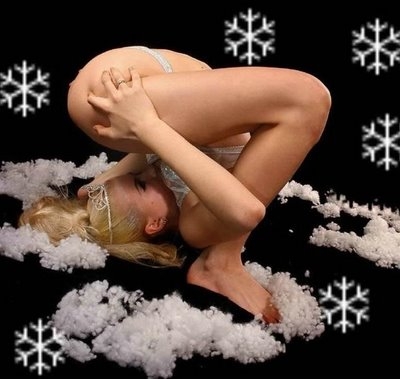 The Toronto Blue Jays were excessively hyped heading into the 2013 season, and it's really starting to show.

The Jays have now lost 9 of their last 12 games and have fallen to 9-17 in the standings. They've been outscored 130-95 thus far this season, a negative run differential that's matched by only the Astros and the Marlins.

Some Blue Jays fans on Twitter have been complaining that the team is hitting too many home runs, and needs to play more small ball. I guess home runs are a bad thing now. It's apparent that the team's struggles have carried over into the fanbase. Come on Jays fans, you're better than that!

An actual, non-moronic, reason for Toronto's struggles this season might be injuries, but even that doesn't account for all of the problems. Brett Lawrie has missed some games and star offseason acquisition Jose Reyes is on the 60-day DL with a sprained ankle, but the Jays have a pretty mediocre lineup even with those guys playing. Jose Bautista is obviously great, but Edwin Encarnacion surely won't repeat last year's production, and after Reyes and Lawrie, there isn't anyone to be scared of.

The Jays added RA Dickey, Josh Johnson, and Mark Buerhle to the league's fifth-worst pitching staff from last year (4.64 ERA), but they had so much ground to make up that, even if these guys were performing well, it still wouldn't put the team in the upper echelon of the league.

The healthy Blue Jays are roughly average, and the banged up-Blue Jays are obviously worse, especially if they keep hitting too many home runs. 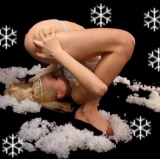 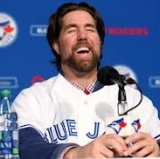