Blue Jays Advance on an Inning for the Ages 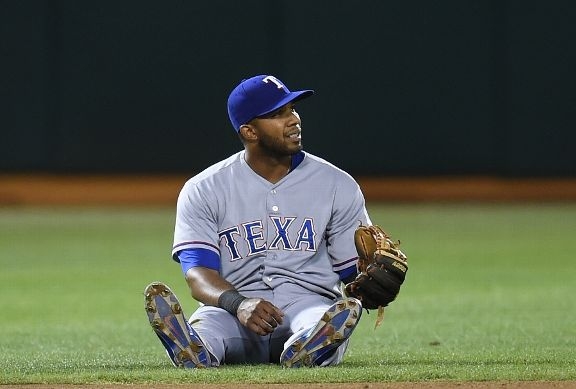 Usually, Toronto fans are used to seeing stuff like this from the Maple Leafs.

So the only thing missing from the seventh inning last night was Don Cherry saying these things wouldn't happen if only there were more Canadians on the team.

To absolutely no one's surprise, though, Grapes was wrong. The wackiness was started by a Canadian:

Russell Martin's freak error was unusual, but that's not what was impressive about it. That's reserved for the fact that baseball actually has a rule about it.

... if the batter is standing in the batter's box and he or his bat is struck by the catcher's throw back to the pitcher (or throw in attempting to retire a runner) and, in the umpire's judgment, there is no intent on the part of the batter to interfere with the throw, the ball is alive and in play.

Wags can say what they want about the grand old game, but it truly does have its bases covered.

And with the phrase in the umpire's judgment in there, no way was Blue Jays' manager John Gibbons gonna win his protest.

With a gift run like that putting the Texas Rangers ahead, 3-2, late in this ALDS decider and with Cole Hamels cruising, the odds of their advancing to the AL Championship Series looked pretty strong.

But what are odds if not a refuge for dreamers?

Tip of the hat, Yogi. You were right again.

About that Bautista bat flip: it might not have been so annoying to the Rangers if they didn't see a precusor earlier in the proceedings, complements of Edwin Encarnación:

The Rangers had to be wondering if they were playing in South Korea or something.

Then again, after seeing their team commit three errors and a backpedal -- instead of a pivot and go -- Texas fans probably thought they were witnessing the Bad News Bears.

Now, while TO moves on to play Kansas City for a trip to the Series, Rangers fans can watch the movie, right alongside their hometown players.