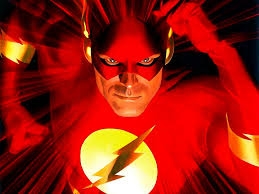 Baseball has its own set of urban myths.

If there was a written record of McBride's feat, it has yet to be found. Baseball people from that era who watched him play speak of his speed in reverent tones. And if he truly did sprint that quickly, a modern-day frame of reference finally exists.

It's Billy Hamilton of the Cincinnati Reds. And if he can remain healthy for any length of time, he'll be a confirmed legend.

Hamilton's shot from home to first in a blazing 3.3 seconds. Now, finally set to be in the majors full-time, the Reds' roadrunner is just beginning to show the full effect his wheels of fire can have on a game. The St Louis Cardinals are believers:

Pure speed won't automatically steal bases. Maury Wills, Lou Brock, and Rickey Henderson were fast. However, Herb Washington, the track star who became Charles O Finley's experiment as a designated runner for the Oakland A's was the fastest. He didn't work out.

Hamilton is at Washington's and -- dare we say it? -- McBride's level. And he's still learning the game. To the Reds' credit, they've brought him up through the system gradually, learning how to read pitches, understand hitter's counts, exercise plate discipline, shorten his swing, and everything else that gets him the hardest 90ft on the basepaths.

Seamheads will be anxiously anticipating Hamilton's WAR (Wins Against Replacement) at season's end. So will Cincinnati. In the photo finish that should be the NL Central this year, the difference of a few games should be huge.

Billy Hamilton could be that difference all by himself.