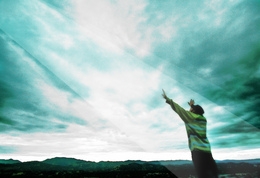 I know I've asked a lot from you in the past. Like after the 2003 season, when I wanted you to make the Yankees team charter flight slam into the side of an icy mountain somewhere -- I preferred an obscure, mountainous terrain that was unreachable by any emergency-rescue vehicles -- but I wasn't picky about it.

Or before the 2008 playoffs, when I asked if you could please spread the 'Bird Flu' virus throughout Tampa Bay's clubhouse so they would have to forfeit or be forced to use AAA players. Again, I wasn't trying to be picky or pushy, but you didn't deliver.

It's just that I see it's happening again. Tampa's pitching is hot and heading into the postseason. So now could you please use your power to do whatever is it takes to keep Tampa Bay out of the playoffs by any means necessary? It doesn't have to be a public spectacle. Just something to make their pitching fall apart by 8pm tonight.

Thank you, God, and if you have heard my prayer, please give me absolutely no sign. I’ll see ya when I’m lookin’ at ya, G-Man!

So let me get this straight.

Earlier this year, Robinson Cano drops his jerk-ball agent Scott Boras so he can be represented by some rapper guy named Biggie Fries or whatever the hell his name is. Supposedly his 'agent' got his start in the business as a crack-head who then worked his way up the ladder slinging rock until he got shot like 14 times while robbing another crack dealer. Somehow, he lived and then wrote a song about it, so now he's handling all of Cano's current and future contract negotiations.

What a country. Well, that's one way to kill your career.

Another way to kill it is to let your 'agent' tell MLB that at 32 years of age, you want an 8-10 year, $300+ million contract. We should fully expect teams to be falling all over themselves to sign him, too, because those kinds of deals have worked out so well in the past.

Look, I know you start out high in these contract negotiations. Just not totally cracked-out high like Tupac had to be when he told reporters he wanted $315 million in order for Cano to ink a deal. Maybe it will work out for them -- it’s possible -- but only if  Wu-Tang Clam is dealing with a GM who's as high as he is.

Too bad Pablo Escobar isn't still around. Didn't he own a few Mexican League teams at one point? Pablo would have given him that dough as long as Biggie agreed to funnel tons of his coke into the Tri-State area. This guy could be Jackie, Frank, Brooks and Sugar Ray Robinson all put together -- with Robinson Crusoe thrown in for good measure -- and there still ain't no way any team would give him that kinda cabbage.

No one is worth anything even close to that, especially a guy who's never even won an MVP or a batting title. So he won a couple Gold Gloves? I could get one, too, if I go to the hardware store and buy some paint. Cano should have to average like 100 home runs, 200+ RBI, 300 hits, and rake at a .400 clip for the next five years and then clean-up the whole stadium after every home game just to even ask for that much dough.

No one is going to give him an 8-10 year deal. Best case scenario for him would be for Theo and the Cubbies to offer up a five-year deal at $135million, and even that's insane, especially for a second baseman.

$300million means right now, Big Stein is rolling over in his makeshift grave that’s dug into a crawl-space under the floorboards of John Sterling's bedroom at his motel. George is so livid that he's going to come back from the dead just to handle any negotiations between the Yanks, Biggie, and Cano.

The Yanks aren’t going to get a hometown discount, and since they have many holes to fill this off-season, they're gonna let him walk. 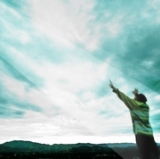 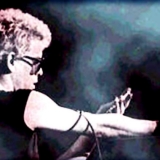