Bet on It: Pete Rose Is a Serial Liar 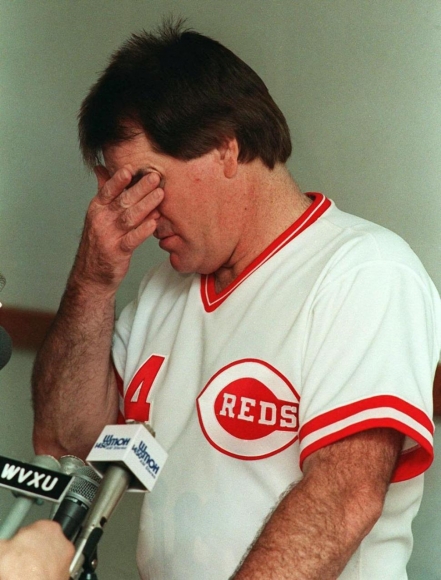 Years after he was banned from baseball for betting, Pete Rose often claimed that his punishment was more harsh than some murderers.

He's lucky he didn't play in the days when Judge Kenesaw Mountain Landis was the omnipotent Commish.

Landis probably would've ordered his head nailed to the floor.

Strict but fair? With the very survival of baseball as a reputable business at stake, fair didn't enter into it.

From that day forward, posters too big to ignore were slapped on clubhouse walls at every level of the pro game with the warning that gambling on baseball will ban you for life.

Pete Rose walked by that poster every day of his playing and managing career.

And when he was busted and banned for gambling in 1989, Rose denied his guilt because he knew the incriminating documents would be sealed; he apparently assumed they'd never see the light of day.

Then, after hoping the passage of time would soften resistance, he tried to mount a campaign that feigned remorse -- Rose is incapable of remorse -- and claimed he only bet on games as a manager.

Some believed Rose actually had a shot at reinstatement when MLB considers his appeal later this summer. But not any more.

Trivia: The term Black Sox was coined before the scandal. It was a reference to cheapskate White Sox owner Charles Comiskey refusing to wash team uniforms; he felt the players could do it themselves. It was the sort of attitude that led eight players to consider taking bribes.