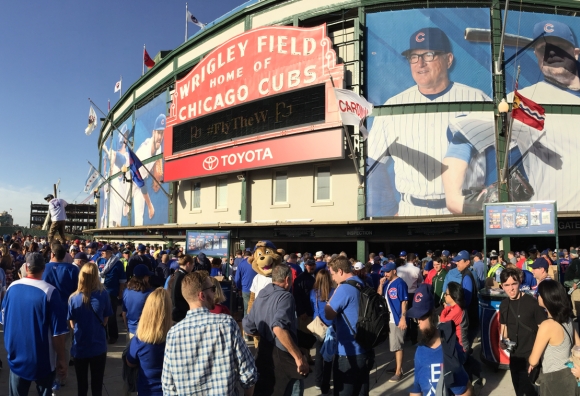 Every Chicago dog had had its day,
Their team's fifteen minutes of renown suddenly passé.

Cubbie fans mourned in silence as they peacefully filed out of the final baseball game to be held at Wrigley Field in 2015.

Of course, the Cubs' humiliating defeat in the 2015 National League Championship Series had nothing to do with karma. If the Chicago fans' reaction could've been bottled, it could've been used to treat the violently insane.

Witness the calm and collected peacefulness of the Cubs' faithful as they very sedately and oh-so-quietly left the hallowed building.

If the exiting Windy City throngs had any thoughts or strong emotions, they kept them doggedly to themselves.

Not a peep from the exiting crowd
Nor a voice raised loud could be heard
Just the echoes of the carnivorous bird,
"Nevermore, nevermore ..."

What was abundantly clear to the gazillions of mobile apps' worldwide viewers was that the huge crowd's orderly departure could only be explained by a Cubs playoff loss. 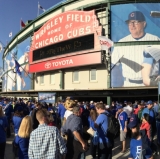 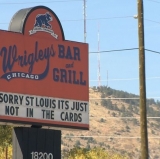 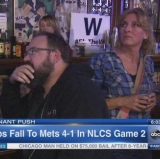 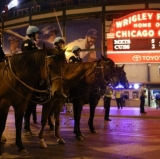