Believe It or Not, Fans Pay to See Players, Not Umpires 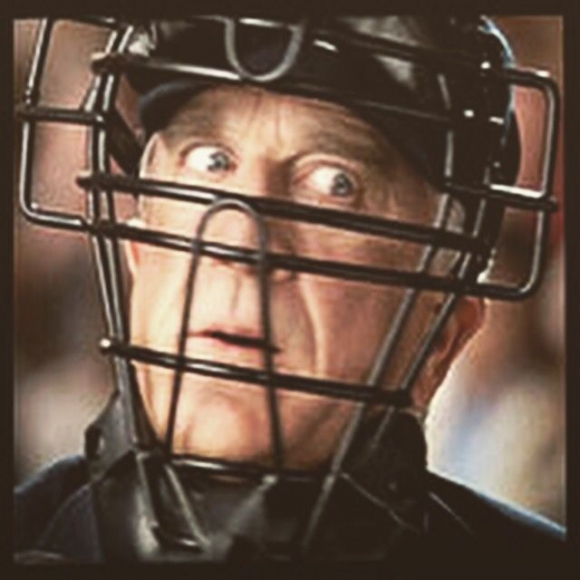 Players commit countless hours to honing their craft to get there.

But let’s not forget what’s at the heart of this sport.

While we're at it, let's get something else straight.

The kids just did what they always done since time immemorial: imitate what they see grown men do.

So let's all cool it with this kid's game crap.

Still, baseball's supposed to be fun.

Even at the MLB level, with all that cash out there in the form of mega-contracts.

So let's not act like these dudes don’t care about having fun playing America’s pastime.

Just ask Rangers 3B Adrián Beltré how important having fun on the job is to him.

The Rangers this season have fallen short of their expectations. While they are still within striking distance of a wild card spot, they're still considering moving Yu Darvish, their erstwhile staff ace.

Most dudes would be pretty bummed to be playing for a sub-par team. But not Beltré.

Among other things, he's closing in on 3000 career hits. That's not only a big deal in its own right, it's a huge source of national pride in his native Dominican Republic. He'd be their first citizen to do it, and the entire country's pumped.

So why would anyone wanna be a killjoy with all this anticipation building up?

In a game against the Miami Marlins, Beltré was on-deck, taking some practice swings. Problem was -- in the eyes of the home place umpire -- dude was outside the on-deck circle mat.

This isn't unusual. Lots of MLB players stand outside the circle, although they're are strongly encouraged by the men in blue to stay inside the circle.

Rules are rules, you know.

Most times, players get away with it because the umpires are either not looking or simply don’t care.

But on this day, umpire Gerry Davis took offense to Beltré standing outside of the sacred circle.

Davis warned Beltre to get back inside the on-deck circle

Beltre decided to comply with the request, but in his own fun and special way.

This got him tossed.

What else was there for home fans to see in a 22-10 blowout by the visitors?

How about Beltré possibly adding to his three hits in the game and is a mere four shy of 3000?

What, exactly, was Beltré doing to affect the game's outcome? And was it really showing up Davis?

The MLB is not alone on its war on fun,either.

I’m looking at you, NFL.

The league needs to promote dudes like Beltré, not kick them out.

Plus, how can you not love a player who does stuff like this: