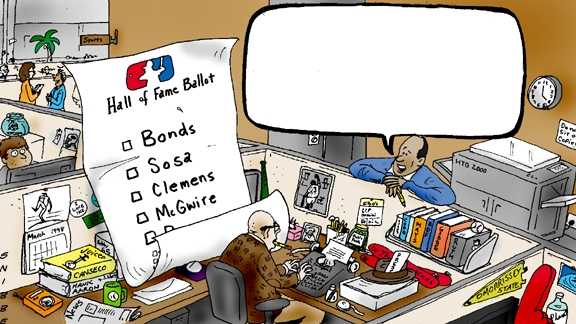 As members of the Baseball Writers’ Association of America (BBWAA) were busy covering the frantic events that led to the St Louis Cardinals winning Game 3 of the World Series on an obstruction call, a more important event occurred within this organization.

LaVelle Neal III of the Minneapolis Star-Tribune was elected as the first African-American President of the BBWAA and will take over leadership duties from Susan Slusser, the first woman elected head of BBWAA last year.

José de Jésus Ortiz of the Houston Chronicle was elected Vice President and could become the first Latino President next year when Neal’s term is up. It seems the BBWAA is addressing all its diversity issues in the same calendar year.

It also seems nowadays that extra-special attention is given to minorities and females when they obtain positions of power and leadership. Whether or not this is a direct result of Affirmative Action is a debate for another column, but it’s highly unlikely we would read the headline:

Whoever is in charge of the baseball writers is tasked with leading a committee responsible for electing members into baseball's Hall of Fame in Cooperstown, New York.

Last year’s Hall of Fame ballot was packed with a tremendous list of first-year eligible candidates such as: Mike Piazza, Roger Clemens, Barry Bonds, Craig Biggio, and Sammy Sosa. Of course, the BBWAA promptly elected none of these men. If it was possible to get behind the wheel of a DeLorean and travel back to the future -- say, in the late 1990’s -- and we arrive in 2013, even a moderate baseball fan would think it reasonable to surmise that all five of these players would be no-brainer, first-ballot selections without any debate.

Instead, revelations in the last few years about the variety and severity of steroid, HGH, tainted Vitamin-B shots provided by a teammate, and elephant testosterone use has raised serious doubts about the eye-popping numbers recorded in baseball over the past 20 years. If only political candidates were held to the same high standard for their transgressions!

Cooperstown and the BBWAA should take a page out of the NFL playbook -- and no, I don’t mean expand to London -- by adopting rounds of cuts on the eligible players and whittling the candidates down to 15 finalists from which a panel of experts discusses each player's candidacy before submitting a final vote. Yes, it still took the NFL committee six years to elect Cris Carter, but that's still better than the 15 years it took the BBWAA to elect Bruce Sutter.

It would be fascinating to listen to the likes of Bob Costas, Al Michaels, Keith Olbermann, Peter Gammons, Jayson Stark, Jim Caple, Tim Kurkjian, Rob Neyer, Bill James, George Will, Keith Law, Buster Olney, Jerry Crasnick, and Richard Justice sit together and debate each player's achievements and historical relevance. You would certainly get this onlooker interested!

Which leads to another point: if a player is not elected to the Hall of Fame after five years on the ballot, he should be dropped and considered by the Veterans' Committee from that point onward. as well, players shouldn't have to wait five years in order to be eligible for the Hall. I think they should be eligible the year after they retire. This isn’t the 1940s, where pro athletes would be selected for military service and return to the game after four years' fighting in the Pacific.

Instead, we have a process where the results are announced in early January when more people are focused on their New Year’s resolution than thinking about baseball. And yes, I realize doing so at that time is part of baseball's attempt to garner headlines in the off-season; I just think a summertime announcement is better. And do away with the policy that votes are not made public unless writers choose to publish them online and incriminate themselves. If someone is going to vote for a player like Aaron Sele or Jim Deshaies, the public deserves an explanation.

With Greg Maddux, Tom Glavine, and Frank Thomas appearing on the ballot for the first time in 2014, members of the BBWAA have a chance to prove themselves worthy by electing all three. Maddux has a chance to become the first player to receive 100% of the vote, or at the very least, beat Nolan Ryan and Tom Seaver’s record for highest vote percentage at 98.8%.

With new leadership comes change, and in this day and age, we should not be shocked that an African-American man can hold a position of power, leadership, and have the cajones to initiate meaningful change on society. He can start by modernizing the election process. 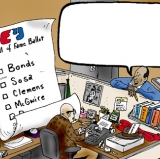 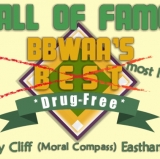