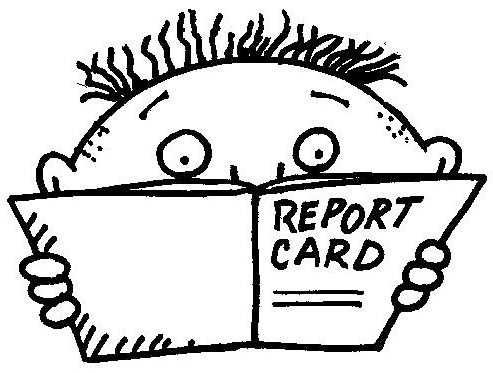 “Even the losers get lucky sometimes.”

Now that the MLB trade deadline has come and gone, it's time to cast judgment on the teams that actually had the gall to wheel and deal, instead of showing stereotypical passive-aggressive male syndrome.

There weren’t too many surprises on the trade market this season, and very little in terms of star power changed teams. This, of course, can be attributed to the extra wild card spot in each league. More teams than ever have visions of playing October baseball and keep lying to themselves, fans, players, etc about their chances of making the post-season.

Well, I hate to be the bearer of bad news, but Ian Kennedy is not going to get the Padres into the dance.

San Diego should’ve been sellers, and instead, they helped their division rival by trading dominant lefty Joe Thatcher to the Diamondbacks in exchange for Kennedy. That makes sense. Let’s help out one of the teams we need to pass to make the playoffs fill the biggest hole on their team (bullpen) with one of the best relievers in the league. I guess Kevin Towers still has some connections at Petco Park.

Baseball is the only sport that has two different trade deadlines, as teams can still trade or acquire players up until the 31 August waiver deadline. Why not just make the waiver/non-waiver trade deadline 31 August? That way, teams have an extra month to really determine if they’re in the playoff hunt or not. It must be the union's fault. Right, Bud?

At any rate, I've finished grading papers, and the report cards are ready. At least GM’s don’t have to have a parent-teacher conference and explain their failing grades!

It’s not that they acquired a bona fide ace that will lead them to October glory, but they acquired the biggest name at the trade deadline, and that makes them a winner in my book. Jake Peavy was going nowhere with the White sox, or vice versa, and the Red Sox addressed pitching big time by also acquiring RP Matt Thornton from the White Sox in a separate trade. If Clay Buchholz comes back from injury this year, the Red Sox could be a very dangerous team in October.  Grade:  A-

When you play in the best division in baseball, doing nothing at the trade deadline is not acceptable. Baltimore beefed up the bullpen by trading for Francisco Rodriguez from Milwaukee. Acquiring Bud Norris from the Astros and Scott Feldman from the Cubs marginally addresses the starting rotation, and perhaps it was more of a knee-jerk reaction to Boston getting Peavy. Whatever the case, both teams are set with loaded lineups, and really, can you ever have too much pitching?  Grade:  C+

It would appear that only teams in the AL East made moves, but that’s not true! The White Sox traded another pitcher, Jesse Crain, to Tampa Bay for a player to be named later or cash. Take the cash!! Chicago has offered to cover Crain’s salary until he returns to the DL. Gee, thanks! That’s like getting a voucher for a free quarter-pounder until McDonald’s gets edible meat back in stock. Here’s hoping Crain comes back healthy and returns to his dominant self, not because I’m a huge Rays fan, but Crain is on my AL-only rotisserie fantasy roster, and I’m currently third place in WHIP.  Grade: B-  (Could be higher if Crain comes back and dominates!)

In anticipation of Jhonny Peralta getting suspended, the Tigers elbowed their way into the Red Sox-White Sox Jake Peavy deal and pick up slick fielding SS José Iglesias from Boston, giving up marginal RHP Brayan Villareal and a sixth OF in Avisail Garcia, who are both no longer with Boston. A few days earlier, they picked up RHP José Veras from the Houston Astros for minor league OF Danry Vazquez, and the proverbial player to be named later ('PTBNL').

I’m still waiting for Jim Leyland to go to counseling for his commitment issues. Joaquin Benoit must’ve looked at this trade and thought he was back in Lakeland, Florida and it was open competition for the closer role. Only Pete Carroll can get away with competition for key spots during the season!  Grade: A

Leave it to Theo to be the master negotiator that he is. Not only does he get some decent players in the Matt Garza deal with Texas, but he gets rid of Alfonso Soriano, finally! Who cares if the player they received from the Yankees is in Daytona, hopefully playing baseball and not watching NASCAR. They rid themselves of one of the worst contracts in baseball history.  Are you watching, Ruben Amaro Jr?  Grade = A- (only because they are paying Soriano $13million not to play for them next year)

The biggest hole on this team was a LOOGY -- that is not an insult by the way -- and they not only steal Joe Thatcher from the Padres, they receive a compensation draft pick next year. Well done, Kevin Towers!  You must have some blackmail photos on front office guys you used to rub elbows with over there in the Whale’s Vagina.  Grade: B+

The one team that actually had some quality bats to trade and a couple decent veteran pitchers in Joe Saunders, Aaron Harang, and Oliver Perez, makes one trade. Do you know who it was? If you answered Raul Ibañez, Kendrys Morales, or Michael Morse, give yourself a round of applause; you’re wrong! Robert Andino was traded to Pittsburgh for a PTBNL. This is the same Robert Andino who was riding the pine for the Tacoma Rainiers of the Pacific Coast League. And the Pirates think he is going to be a valuable piece for their pennant run?

Apparently, Seattle GM Jack Zduriencik was asking for entirely 'way too much in return for his three big hitters or thinking Raul Ibañez is going to be part of their future. Maybe, if he gets in a 1981 DeLorean! The Angels were sellers, and they're a half-game ahead of you in the standings, Mariners!  Grade: D- (Only because Jack Z finally parted with Andino, who should’ve never been with the team in the first place ... and I’m referring to the Rainiers!)

GM Ruben Amaro Jr had the chance to dump more salary than a government furlough day and instead chose to do nothing, which makes him look more like a politician, anyway!  Michael Young, Chase Utley, Ryan Howard, Carlos Ruiz, and Jimmy Rollins are taking up valuable time and money.  Rumors are Cliff Lee will pass through waivers and get traded by 31 August, which will take him one step closer to catching Dick Littlefield for the most times traded in a career. Only four more transactions to go, Cliff!  The Phillies announced the retirement of Brad Lidge on 1 August. That's what is commonly referred to as addition by subtraction folks!  Grade: F-

Desperate times call for desperate measures, and a team that is as dreadful offensively as the Bronx Bombers proved it by trading for an old friend, Alfonso Soriano, coming the Chicago Cubs. The Cubbies kicked in some cash in the deal, which may mark the first time in history that the Yankees needed help over-paying for a washed-up veteran. Clearly, the economy is not improving as much as the POTUS would like us to believe! They'd better hope A-Rod comes back quickly and returns to his old self.  Oh, wait …  Grade: D+

Never, ever trade with a division rival, particularly one that you're chasing in the standings. Ian Kennedy was a nice pitcher in 2011 and is currently leading the league in hit batters; just ask the Dodgers. That is not a good stat for a pitcher, unless you have an ax to grind with the Dodgers! The fact they had to give up Joe Thatcher in this deal is truly a deal-breaker. (No pun intended!) The Diamondbacks also get a 2014 Competitive Balance Round B draft pick in this deal, as well. This also makes you wonder what you have to give up to get a Competitive Balance Round A pick. Sheesh! Grade: F+  (Now I know how Dean Wormer felt in Animal House when he reviewed the mid-term grades with Delta House members. "Mr Blutarski, 0.00!")

There you have it, baseball fans, the cutting edge analysis you pay big bucks for at other places. Several teams did not make any significant moves, nor did they need to. Hopefully, the waiver deadline of 31 August brings some more excitement.

Until then, I’m sure Royals fans were ecstatic to acquire Justin Maxwell from the Astros, which may just end their 28-year playoff drought!