Bartolo at the Bat 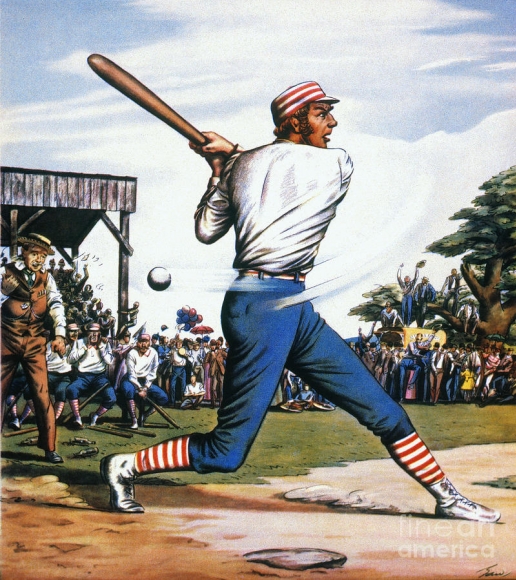 There are those who wish to bring the DH to the NL.

Pitchers are boring, they say.

Why waste an at-bat on dudes whose only job is to drop down bunts?

Worse, pitchers are sometimes so bad at hitting, they hurt themselves.

Look no further than the story of Adam Wainwright, who tore his ACL running out of the batter’s box:

These arguments are all valid.

However, they ignore one crucial aspect of having pitchers bat.

Dude's often mocked for this lack of skills at the plate. His swings-and-misses were a rather common occurrence in his first season with the Mets.

However, Colón refused to let himself be the butt of the hitting pitchers jokes. He put in some serious work in the off-season, and it paid off.

Dude had a career high in hits and RBIs last season, as he drove in four runs on eight hits, posting a stellar .138 batting average. Stellar by his standards, anyway.

While Colón’s hitting had definitely improved, his tenure at the plate lacked the staple point of a good piece of hitting:

Dude had barreled up and drove some far foul balls in his time, but he'd thus far been unable to sock a dinger.

Up 2-0 against the Padres, Colón sauntered up to the plate. With two out and a runner on, Big Sexy had the sign to swing away. And swing away he did.

Regardless of fandom, people around the world rejoiced, as Colón’s dinger proved that miracles are possible.

In the process, dude became the oldest player to have his first major league homer: 42 years of age.

This achievement, 19 years in the making, would turn out to be the winning run, as the Padres would strike back for a three-spot on a Jon Jay round-tripper.

So full marks to the NL for forsaking the DH. And thank the baseball gods for finally putting Bartolo Colón on an NL club.

A man everybody mocked, until his bat came up big in the clutch.