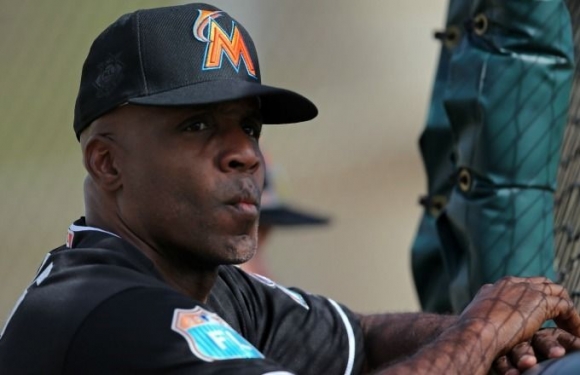 Apparently, hitting more major league home runs that any other human, living or dead, does not make one a competent coach.

It would appear that manager Don Mattingly was not particularly enamored with the work ethic of the seven-time National League MVP. Donnie Baseball runs a tight ship, and sloth will not be tolerated.

In Barry’s defense, he wasn’t the only staffer asked to leave.

Third base coach Lenny Harris and bullpen coach Reid Cornelius also felt the sting of the Mattingly whip of righteousness. This would seem to indicate an organizational shift in philosophy, as opposed to a specific problem with Bonds.

That being said, Mattingly clearly had an issue with the former BALCO obstructer of justice. Reports have even suggested that Donnie would have considered resigning if Bonds had been retained.

Bobby's kid put up some staggering numbers in a remarkable 22-season journey. However, his coaching career is off to a dubious start. It was treated as something of a stunt hiring to begin with, and now it's ended rather abruptly.

Regardless of what went down with Mattingly in the clubhouse, Bonds understands hitting and seemed to genuinely enjoy his return to organized baseball. He even issued a statement thanking the Marlins for the opportunity.

That's a sweet gesture, but will have little bearing on his upcoming employment search.