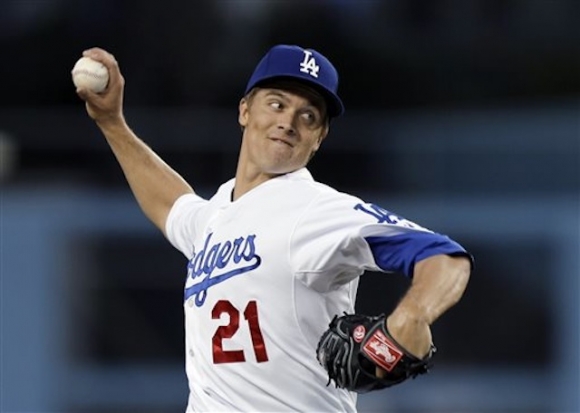 As if it's not exciting enough to see long time National League powers Los Angeles and St Louis meet up in the National League Championship Series, it really has the makings of a riveting best-of-seven that could well go down to the wire.

Having said that, I think the Dodgers have a decisive edge in Friday's Game 1, and are a much more of a clear-cut favorite than Bovada's -123 indicates.

Dodgers manager Don Mattingly sends hard-throwing Zach Grienke to the hill, and when he is on -- which he almost always is -- can be as stifling of a pitcher as the big leagues have to offer. He definitely finished the season that way. Just check out his last three starts by using the Bovada data tool on the Home page. There, you'll see opponents scored just five runs in his last three starts.

Compare those outings to those of Cardinals starter Joe Kelly, and you'll see part of the reason the Dodgers are a great bargain. Los Angeles also won the season series 4-3, outscoring the Redbirds 30-27 in those contests. Neither pitcher faced the opposing team during the regular season, but understand Grienke would be the ace on any team without a starter named Kershaw, while Kelly was a late addition to the Cardinals rotation as their fifth starter, and as with the bulk of the St Louis rotation, is a rookie to boot.

Los Angeles is amidst a magical season that started coming together in June. While I won't go as far as to say they will win it all -- let alone this series -- this match-up gives them a great advantage and far better value than the -123 line would indicate.