Back to the Well

Published on 3-Sep-2014 by Steve Soprano 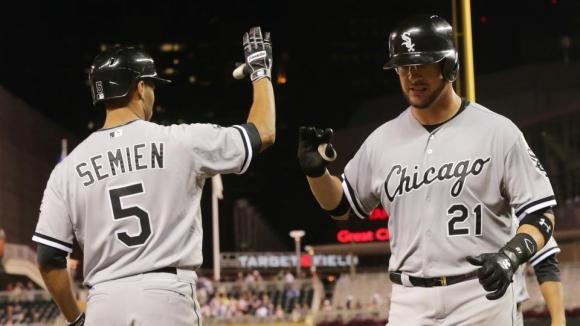 Yesterday we nailed the White Sox over the Twins, which went off at Bovada at +129, cashing in another winner here at The Daily Stake.

Now we'll shoot for five straight, with our bullseye right back at Target Field once again.

This time, Bovada's opening line has the White Sox at even money, and once again, I think that's a steal.

While ChiSox hurler John Danks hasn't exactly lit the world on fire this season (9-9; 4.88 ERA), just take a look at his counterpart for Minnesota. That would be Trevor May, who comes into this one with a dismal 0-4 record and a far worse-looking 10.88 ERA.

Records can be deceiving in the great game of baseball, but earned run averages aren't, and neither is the WHIP. That's the statistic of walks and hits divided by innings pitched. And in that department, May has surrendered a ridiculously high 2.32 combined walks and hits for every inning pitched.

If you use the Bovada data tool on the Home page, you'll notice neither team has won a game for these twopitchers in their last three starts. But look closer and notice Danks is at least keeping his team in games. In two of his last three outings, he's registered a quality start.

Now, shift over to May's last three starts, and you'll see this guy would be doing cartwheels in the dugout if he made it to the sixth inning. Those are the only three starts for May this season, and he's gotten drastically worse each time out.

In his first start, he gave up three earned runs to Kansas City in 4⅔ innings. Five days later, May allowed five earned runs in 5⅓ innings against the Tigers. Then, in his last outing this past Friday, he surrendered a nasty eight earned runs in 4⅔ in a 9-1 loss to the Orioles.

When this line came out, I first wondered if Bovada oddsmakers had come up with it in one of those 'smoke-friendly' places like Colorado or Washington. Then I noticed it was similar to other sportsbooks offshore and in Vegas. I simply can't figure it out, and I'm not buying that the Twins should be favored here.

What I am buying is my sharp skills as of late. We're on a nice run and last night even scored with an underdog. So it's probably wise to stick with us again, because this one looks like a winner, even though the early money says otherwise.