Australia Just Doesn’t Do It for Zach Greinke 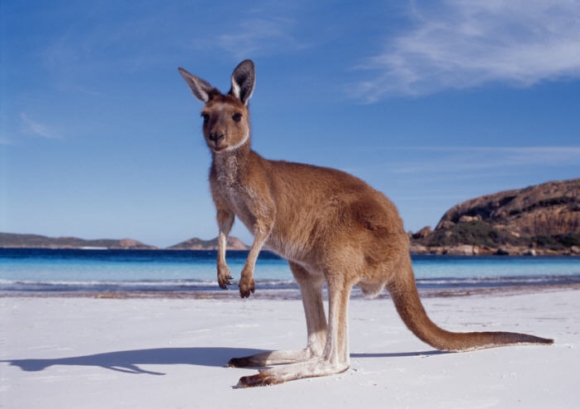 The Los Angeles Dodgers and Arizona Diamondbacks are scheduled to open the MLB regular season with a two-game series in Australia.

While MLB is excited about the opportunity to expand their brand across the globe, Zach Grienke is a little bummed out.

Grienke recently shared his thoughts on the subject, making little to no effort at sugarcoating:

"I would say there is absolutely zero excitement for it. There just isn't any excitement to it," Greinke told ESPNLosAngeles.com. "I can't think of one reason to be excited for it."

Hmmm. Not much gray area there.

Many professional athletes are creatures of habit concerning their routines and preparation, particularly Greinke, so this international trip is not exactly the most convenient scenario for the two teams.

And what an interesting pair of teams to send overseas, promoting our game, and featuring none other than Zack Greinke:

Having said that, fans of Aussie rules football might still consider any potential Dodgers-Diamondbacks dust-up down there rather tame. All that's missing in this highlight reel is a few tins of Castlemaine XXXX for afters:

The two-game set in Australia opens on Sat 22 March, which is more than a week before the rest of the league begins. As a result, the Dodgers and Diamondbacks will be forced to end spring training camp early, losing 10 to 15 exhibition games in the process.

Not surprisingly, officials down under are not particularly pleased with the remarks from Grienke. When attempting to market and promote an event, it's somewhat counterproductive to have one of the participants engage in a public struggle to name one single reason to get excited about said event, so their concerns do seem justified.

Dodgers president Stan Kasten attempted to smooth things over with the Aussies and MLB:

"Zack has this endearing, contrarian quality to him that we all know and love about him," Kasten explained. "He's famously focused and meticulous about his training regimen. It's what makes him so good and such a great teammate. This is clearly going to alter his routine. I understand that aspect of it. But my problem right now is trying to make room for all the people that want to go -- players, family, front-office people. As an organization, we couldn't be more excited about this once-in-a-lifetime opportunity."

That is some solid public relations spin right there.

Organizers in Australia have stated they will withhold commenting publicly before speaking with the principals in America, so I am quite sure all involved will be able to kiss and make up.

As for Greinke, he does understand the reasoning behind the trip, acknowledging the business aspect of the series. While his brutal honesty is refreshing in a way, I'm sure there are players involved who have decided to grumble privately as opposed to venting publicly. The series is obviously not practical from a player perspective, but they're well-compensated employees of MLB, so perhaps they should just put on a happy face and enjoy the lovely land of Oz.

In fact, here's a catchy Aussie tune just for him:

In the meantime, Grienke will be conducting a lecture series on international branding in between starts for the duration of the regular season.