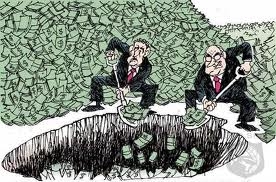 The highest-paid Brave ever to adorn a uniform!

During the offseason, Atlanta signed him to a 5-year, $75.25million contract. Currently, his batting average is .156, and after a whopping 48 games played, BJ has a total of 10 RBI's. Let me repeat that: a total of 10 RBI's. Project that over a year, and that's 29 RBI's total. For someone who is taking $15million-plus off of your payroll per year, that's a disgustingly low level of production from an all-star caliber player.

With money comes pressure. Everyone who signs lucrative contracts feels this pressure; studies show players' competitiveness is still there, so perhaps the security of long-term contracts create an innate diminishing of intensity. Albert Pujols initially struggled last year after he received a monster contract with the Angels, and he's not exactly lighting the baseball world on fire now. Adrian Beltre, Carl Crawford, Lance Berkman, and the most recent, RA Dickey, among other Toronto Blue Jays are primary examples of this. They either overwork or underwork knowing that despite their failings, they are guaranteed millions. They either overanalyze or underanalyze their swing, their stance, and their mental outlook towards the game.

And as we know, in the sports sector where social media is perpetually on display, these struggles are publicized. These players are contractually obligated to talk to news reporters and obviously, these hardships are repeatedly asked about.

So far, BJ hasn't impressed anyone.

His manager, Fredi Gonzalez, has even considered demoting Upton to the minors so he can work out some kinks and possibly restore his confidence, which is everything when it comes to batting. Ask any hitter in the MLB today. If you're second-guessing your swing, you're going to struggle, big time.

BJ has zero confidence right now. Although he has a history of poor starts to regular seasons, he has been anything but a success so far in Atlanta. It's truly a shame, considering Atlanta -- as well as fantasy baseball owners -- expected big numbers this year.

Better luck next year, Braves fans! Although your team is still atop of the NL East, you currently are stuck with a bust on your roster. Will things begin to progress for the 28-year-old slugger this year? That remains to be seen.

My advice: Go back to the drawing board, BJ. $15million per year should buy more than this.