Arietta Making a Habit out of Hurling No-Hitters 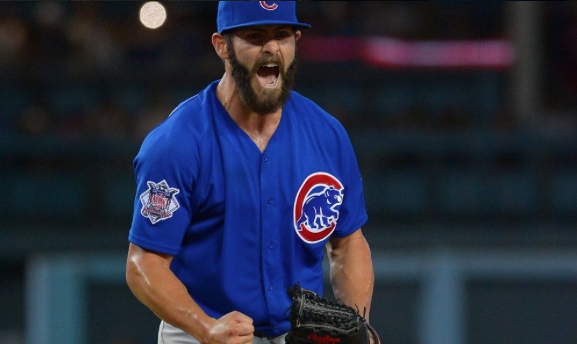 Win some, lose some.

The Baltimore Orioles have at least broken even in recent times. After all, their deal with Seattle for Adam Jones was more a steal than a deal.

But in a case of fate getting even, they would've done well to keep Jake Arietta if only someone there had seen the toolbox and not the stats.

Instead, it was the Chicago Cubs who come up trumps. Like tonight, after 26 outs were in the bag:

The announcer dude was right. That was the reigning Cy Young Award winner's second no-no in eleven starts.

Here's the other one: The fact that these gems are so close to each other can't be consdiered one of those baseball oddities, either.

Speaking of 16, here's where four of the Cubbies' runs came from, which gave Arietta ample support:

Yes, the Reds may be in a down cycle right now, but their Great American Bandbox is still one of the last venues anyone would pick for a no-hitter to occur.

Baseball has its share of feelgood stories when it comes to persistence: José Bautista comes to mind. Maybe Jeremy Hazelbaker will join that group.

But there can never be enough of them.

And Arietta's next task is to figure prominently in the entire Cubs team to join the list.