Why Not Reschedule MLB's Trade Deadline?

Published on 1-Aug-2015 by Perry Rosenbaum 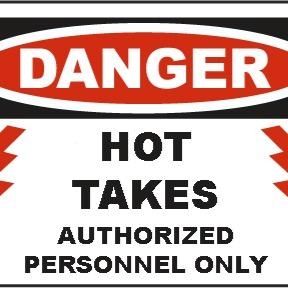 They say the only thing constant is change.

They also say that some things never change.

They say a lot of things, you know, that assorted mysterious groups embed as everyday phrases into our vernacular.

What they don't say, however, is this:

Designating the last day of July as the non-waiver trade deadline makes perfect sense in an era where most teams have post-season aspirations -- no matter how unfeasible -- until halfway through September.

It’s hard for some front offices to determine whether or not they’re buyers or sellers before August even begins. Thus, they don’t know whether to hold on to their top hitters and pitchers for a playoff run, bolster the roster with reinforcements, or strip the whole thing down and reload/rebuild/rebound.

It’s why Cole Hamels stayed with the Phillies years longer than was rational, and it’s also why David Price has been traded in two consecutive Julys: sometimes, it’s really just too early to tell for whom the World Series bell tolls.

Moving the trade deadline to, say, 31 August would be a tremendous boon to the business of baseball. It’s only a month later in the year, but the gap between contenders and pretenders would be far more sizable, making for a much cleaner delineation to separate buyers and sellers.

That would push the waiver trade deadline to the end of September, coinciding nicely with the end of the regular season. Trades could still be consummated into the post-season without rendering obsolete the absolute ludicroussness that is the waiver process.

Do know I would keep the caveat that players acquired after the end of August are ineligible to play in the post-season. We don’t want to get that crazy.

In addition, buyers would have slightly more leverage than before and the freedom to wait out the market.

Do you think the Rangers would have sent six players to Philadelphia for Hamels if they had made the deal in late August, when he may have blown his chances at fetching that kind of return?

Most teams are already hesitant to pay a premium for what more often than not amounts to a two-month rental. Sellers could get brazen as well: since their leverage would be diminished, they could go for broke on trade demands or simply decide to be stingy and hold on to everybody they have.

Now, I’m actually in support of abolishing the trade deadline altogether. My fantasy league doesn’t have a trade deadline, because I’m a co-commissioner and I love anarchy.

This would not work very well in Major League Baseball. In a sport notorious for being rigid and uptight, there’s little room for massive upheavals of institutional processes. There has to be some semblance of order.

Not having a deadline would also cause a great deal of anxiety. Can’t you just imagine Brian Cashman or AJ Preller curled up into the fetal position, whimpering quietly about inconsequential middle relievers while an intern tears pages from the calendar, only to find that they all show the exact same date?

The trade deadline is one of those necessary evils. Unfortunately, the best way to combat it might be to extend it later into the season. Life’s just hilarious that way.