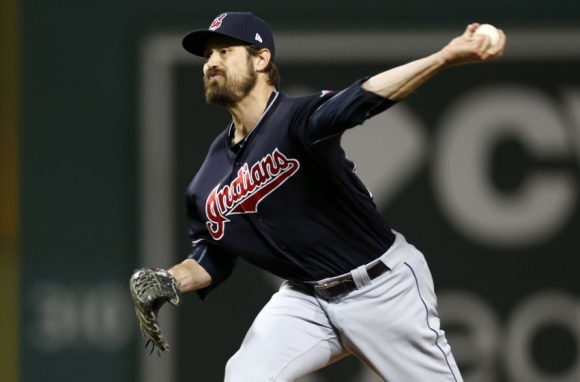 Pitching is obviously critical, particularly in the post-season.

While having a dominant starter who can sling it for two or three games in a best-of-seven is important, lockdown relievers can be indispensable.

Well, the Cleveland Indians have one.

In a trade that may shortly help secure the American League pennant for Cleveland, the Indians acquired lefty Andrew Miller from the Yankees in exchange for a package of prospects.

Neo-Nostradamus there is right. The move's pure genius.

There was a healthy market for Miller -- including the Chicago Cubs and other assorted contenders -- but the Bronx Bombers' price was steep.

However, the Indians anted up, and the results have been spectacular.

For example, take Game 1 of the ALCS. The Indians blanked the Blue Jays 2-0, and Miller was absolutely ridiculous.

The magical lefty relieved starter Corey Kluber -- who was also quite good -- with one out in the seventh. He then proceeded to strike out all five Blue Jays he faced while allowing just one hit.

Miller and his slider from hell are more or less unhittable when he's on. And it appears he's always on.

Having a reliable bridge to get from your starter to closer is invaluable, and Andrew Miller may be the best.